It is a disturbing development in Ron Paul’s campaign to see him sounding on this issue more rather than less like his establishment opponents. 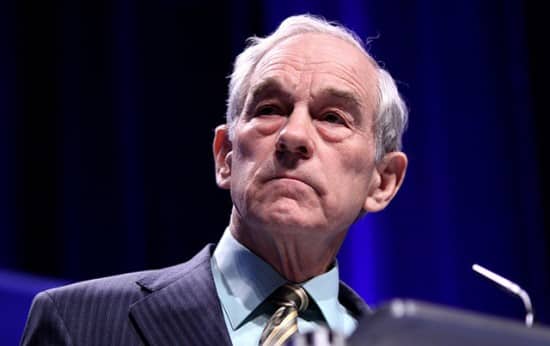 FPJ — Doug Wead, a senior advisor to the Ron Paul campaign, writes in his blog that Ron Paul was asked by evangelical leaders about moving the U.S. embassy in Israel from Tel Aviv to Jerusalem. “The real issue here is not what America wants but what Israel wants,” Dr. Paul told them, according to Wead. “We have no right to choose their capital…. If they say it is Jerusalem, then it is Jerusalem.” Wead summarizes Dr. Paul’s position as: “Jerusalem is the capital of Israel. Get over it.”

Ron Paul’s position, as reported by Mr. Wead, is morally and legally wrong, as well as strategically mistaken. Dr. Paul has stood out as a presidential candidate precisely because of his unwavering consistency and incorruptibility, the only one who is not willing to betray his values to win votes or pander to the lobbies. His statement on Jerusalem is extremely damaging to that reputation, and will no doubt give rise to the charge that he has sold his soul to the “Israeli lobby”.

If we give him the benefit of the doubt and assume his position is sincere, that he has not said this merely to win some votes, then we must assume that Dr. Paul is just not very well read on the Israeli-Palestinian conflict. It is not the first time that he has been wrong in his views regarding Israel. His campaign often touts that he was the only one to defend Israel’s bombing of Iraq’s Osirak nuclear reactor in 1981, which is entirely inconsistent with his correct observation that “Another term for preventive war is aggressive war—starting wars because someday somebody might do something to us.”

Israel’s attack was not a “preemptive” act of self-defense, but an act of aggression, “the supreme international crime”, as defined at Nuremberg. The IAEA had been monitoring Iraq’s program, and there was no evidence at that time of any weapons program. Israel was only nation in the Middle East that actually possessed nuclear weapons (which remains true), and its attack was condemned by the United Nations Security Council in Resolution 487, which noted that “Iraq has been a party to the Treaty on the Non-Proliferation of Nuclear Weapons [NPT] since it came into force in 1970, that in accordance with that Treaty Iraq has accepted IAEA safeguards on all its nuclear activities, and that the Agency has testified that these safeguards have been satisfactorily applied to date”. Far from making the world safer from the threat of nuclear weapons proliferation, the international community, in strongly condemning Israel’s attack as a “clear violation of the Charter of the United Nations and the norms of international conduct”, found that Israel’s attack constituted “a serious threat to the entire IAEA safeguards regime which is the foundation of the non-proliferation Treaty”.

While there’s no evidence Israel’s attack prevented Iraq from acquiring a nuclear weapon, according to U.S. intelligence, it was likely an important factor that played into Saddam Hussein’s subsequent decision to move his nuclear program underground and seek to develop an Iraqi nuclear deterrent to further Israeli aggression. An interagency intelligence assessment on the consequences of Israel’s attack stated that it “could be a watershed event in the Middle East” by adding “new strains” to “US-Arab relations” and sparking an “arms race” in which “Arab leaders will intensify their search for alternative ways to boost their security and protect their interests” (much the same observation that Rafsanjani made in 2001). Israel’s own possession of nuclear weapons made its actions all the more destabilizing. Israeli Defense Minister Moshe Dayan had “dispelled the ambiguity that surrounded Israel’s nuclear program by acknowledging Israel’s capability to produce nuclear weapons, and the raid on Iraq has laid Tel Aviv’s challenge before the Arab world in clear terms.” Saddam Hussein responded “by suggesting that world governments provide the Arabs with a nuclear deterrent to Israel’s formidable nuclear capabilities. His message to other Arabs is that they can have no security as long as Israel alone commands the nuclear threat.” In line with the view of the international community as reflected in the U.N. resolution, the assessment stated that Israel’s attack seriously damaged international efforts to prevent the proliferation of nuclear weapons. “A related consequence of the raid is damage to the Non-Proliferation Treaty (NPT) and to the IAEA safeguards system”, which would “probably have a detrimental impact”. Contrary to Israeli assertions “that the IAEA safeguards system is a sham”, the assessment made a similar observation as the U.N. resolution that “The Iraqis have had the support of most IAEA members because of general acceptance that international and bilateral safeguards over Iraq’s program were sufficient to guard against the diversion of fissile material for a nuclear device.”

Ron Paul’s suggestion that the U.S. should recognize Jerusalem as the capital of Israel is likewise a disappointing defense of lawlessness that would seem to indicate that Dr. Paul is unfamiliar with the history of the Israeli-Palestinian conflict and rather bases his views on the establishment-approved mythical narrative, which is essentially the history as it is presented in Zionist propaganda.

The truth is that following the Zionists’ unilateral declaration of the existence of the state of Israel in May 1948, an act prejudicial to the rights of the majority inhabitants and for which there was absolutely no legal basis, Palestine was ethnically cleansed. More than 700,000 Arab Palestinians were expelled or fled from their homes, never allowed to return. The Zionist forces captured Jerusalem, and when an armistice was finally reached in 1949, Israel controlled the west and Jordan the east of the city.

In 1967, Israel invaded and occupied the West Bank and claimed to annex East Jerusalem. Subsequently, the United Nations Security Council passed resolution 242, which emphasized “the inadmissibility of the acquisition of territory by war”, emphasized that member states have a commitment to abide by the U.N. Charter, and called for the “Withdrawal of Israeli armed forces from territories occupied” during the June 1967 war.

In May 1968, the Security Council passed resolution 252, which declared Israel’s annexation of Jerusalem “invalid” and called upon Israel “to rescind all such measures already taken and to desist forthwith from taking any further action which tends to change the status of Jerusalem”.

In July 1969, the Security Council passed resolution 267, noting that Israel had since “taken further measures tending to change the status of the City of Jerusalem”. It reaffirmed “the established principle that acquisition of territory by military conquest is inadmissible” and deplored Israel’s further violations of U.N. resolutions, censured “in the strongest terms all measures taken to change the status of the City of Jerusalem”, and confirmed “that all legislative and administrative measures and actions taken by Israel which purport to alter the status of Jerusalem, including expropriation of land and properties thereon, are invalid and cannot change that status”, and urgently called on Israel to rescind the measures taken to annex Jerusalem.

Security Council 271 of September 1969 again reaffirmed the principle of the inadmissibility under international law of the acquisition of territory by war, describing Jerusalem as being under “military occupation” by Israel and condemning Israel’s continued violation of previous resolutions.

Resolution 452 of July 1979 again deplored Israel’s continued violation of Security Council resolutions and again emphasized that Israel’s annexation of Jerusalem “has no legal validity and constitutes a violation of the Fourth Geneva Convention”. It again also noted that Jerusalem is included in “the occupied Arab territories”.

Resolution 476 of June 1980 again deplored Israel’s continued violation of international law and reaffirmed “the overriding necessity to end the prolonged occupation of Arab territories occupied by Israel since 1967, including Jerusalem”, and reaffirmed Israel’s annexation measures “have no legal validity and constitute a flagrant violation of the Fourth Geneva Convention” and were “null and void”.

Resolution 478 of August 1980 again censured Israel’s continued violation of international law and again reaffirmed that its annexation attempts were “null and void”.

In July 2004, the International Court of Justice issued an advisory opinion on the legal consequences of Israel’s decision to build a wall in the West Bank, including Jerusalem, which concluded that “all these territories (including East Jerusalem) remain occupied territories and that Israel has continued to have the status of occupying Power”, that the construction of the wall in those territories is “illegal”, and that Israel’s settlements in the West Bank, including Jerusalem, similarly “have been established in breach of international law.”

Ron Paul’s defense of Israel’s Osirak attack and his statement on Jerusalem are inconstant with his beliefs in individual liberty and the rule of law, which is unfortunately damaging to his credibility and to his presidential campaign.

One must keep in mind that of the candidates, Ron Paul is also the only one who has said he would cut off all foreign aid, including the $3 billion plus given annually to Israel. This is not trivial, given the fact that without U.S. support, Israel’s criminal policies against the Palestinians could not continue. Ron Paul is the only one who has criticized Israel’s siege of Gaza and the massacre it carried out there from December 27, 2008 to January 18, 2009. He is unquestionably a preferable candidate than Newt Gingrich, who has said that Palestinians are an “invented” people. Or Mitt Romney, who has pledged that if elected president, he will “begin discussions with Israel to increase the level of our military assistance and coordination”. Or Barack Obama, who told his Israeli audience in Sderot during his presidential campaign in July 2008 of his “unshakeable commitment” to Israel, and who declared that “Jerusalem will be the capital of Israel”.

It is a disturbing development in Ron Paul’s campaign to see him sounding on this issue more rather than less like his establishment opponents.