In this interview, I explain the true origins of the Israel-Palestine conflict, why it's persisted for so long, and how to achieve a just peace.

I recently joined Nate the Voluntaryist on his podcast to discuss the conflict between Israelis and Palestinians. I debunked myths and explained the true origins of the conflict, the reasons for its perpetuation, and what must be done in order for a just peace to be realized. Here are some of the points we discussed:

I mention a number of my books in the interview. Here are links to learn more:

Obstacle to Peace: The US Role in the Israeli-Palestinian Conflict

Exposing a Zionist Hoax: How Elan Journo’s “What Justice Demands” Deceives Readers about the Palestine Conflict

The Rejection of Palestinian Self-Determination: The Struggle for Palestine and the Roots of the Israeli-Arab Conflict

Ron Paul vs. Paul Krugman: Austrian vs. Keynesian Economics in the Financial Crisis

The New York Times persists in propagating the unevidenced conspiracy theory that the Russian government hacked into US election infrastructure in 2016.

The Occupation of the American Mind: Full Length Documentary Film

Occupation of the American Mind documents how the US major media present Americans with the Zionist propaganda version of the Israel-Palestine conflict. 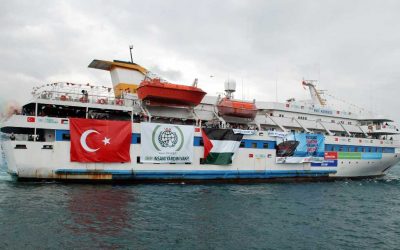 Israel’s attack on the Mavi Marmara on May 31, 2010, as the ship was attempting to break Israel’s illegal blockade of Gaza, was a war crime.