The Islamic Republic News Agency (IRNA) has interviewed me frequently. Here’s the article from the most recent one, in Persian (it’s not on their English site, unfortunately). Here’s a very rough Google translation. Unfortunately, my comments do not come across very clearly, and they published my conclusions without including any of my discussion in which […] 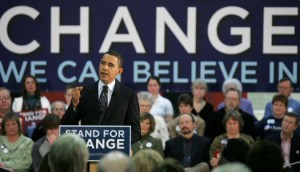 The Islamic Republic News Agency (IRNA) has interviewed me frequently. Here’s the article from the most recent one, in Persian (it’s not on their English site, unfortunately). Here’s a very rough Google translation.

Unfortunately, my comments do not come across very clearly, and they published my conclusions without including any of my discussion in which I offered the reasoning for my view. I have also reiterated repeatedly in my series of interviews with them my view that Iran should sign the Additional Protocol to its safeguards agreement with the International Atomic Energy Agency (IAEA), which they never publish. So here is my full reply to their question about the prospect of negotiations between the U.S. and Iran under the Obama administration:

Every fruit of the Obama administration’s policy, including most recently pushing for and getting further U.N. sanctions and implementing further unilateral sanctions, demonstrates rather conclusively that it has no interest in negotiating with Iran.

The Obama policy is virtually indistinguishable from the Bush administration’s policy, which was to reject negotiations in favor of an ultimatum. The demand from Washington was that Iran must surrender its right, recognized and guaranteed by the nuclear non-proliferation treaty (NPT), to enrich uranium. The Obama administration has effectively continued to make the same ultimatum to Iran.

Most commentators argue that Obama, unlike Bush, has been willing to talk with Iran, but this is nonsense, and representative of the absolute myopia of most mainstream analysis in the U.S. There is a difference in that Bush refused to even acknowledge the possibility of talks, but it’s a very marginal difference with no practical significance, since the starting point for any such talks between the U.S. and Iran as the Obama administration has in the past proposed would remain the ultimatum that Iran must surrender its right to enrich uranium. Thus, the policy remains effectively as it was under Bush.

However, this is not to say that there isn’t hope for negotiations. But if Tehran is to enter negotiations with Washington, it will only be because there is no viable alternative option for the Obama administration. To put Washington in that position, Iran will have to win the war of public perception. One means by which Iran could greatly advance towards that goal would be to implement the Additional Protocol to allow the IAEA more access, which the watchdog agency says is required for inspectors to be able to verify the peaceful nature of Iran’s nuclear program. Iran should do everything in its power to cooperate with the IAEA to assist the agency to accomplish its mission in that regard.

By doing so, Iran would undermine the U.S. policy and force Washington into a position where it could no longer viably reject direct and serious negotiations with Iran in favor of attempting to isolate and punish Iran for exercising independence from the interests of U.S. global hegemony.