The Afghan Drug Trade and the Elephant in the Room

Foreign Policy magazine this month features an article entitled “Think Again: The Afghan Drug Trade“, which is a decent overview of the opium problem – as far as it goes. Unsurprisingly, however, in doing so, it proverbially ignores the elephant in the room, and in doing so represents part of the problem rather than the […] 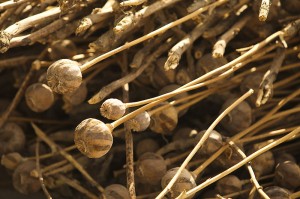 Foreign Policy magazine this month features an article entitled “Think Again: The Afghan Drug Trade“, which is a decent overview of the opium problem – as far as it goes. Unsurprisingly, however, in doing so, it proverbially ignores the elephant in the room, and in doing so represents part of the problem rather than the solution.

To its credit, the article begins by dispelling the myth that the drug trade in Afghanistan is virtually controlled by the Taliban, observing that “In the popular and American political imaginations, the Taliban are thought to be the big winners from this [Afghanistan’s] near monopoly [on global opium production]”, but the truth is “The Taliban take 2 to 12 percent of a $4 billion industry”.

This is rare candor for a mainstream publication – it’s more typical to see the U.S. media misleading the public on the role anti-government elements play in the drug trade (I discussed both these points in “New York Times Misleads on Taliban Role in Opium Trade“, Foreign Policy Journal, November 29, 2008).

But the authors neglect to draw the corollary, rather leaving it up to readers to put two and two together and realize that this means that the lion’s share of the Afghan drug trade is under the control of elements friendly to the Afghan government and/or the foreign occupying forces. While one might just assume that the authors feel it isn’t necessary to explicitly mention this because FP’s readers are intelligent enough to figure that out for themselves, there is another more likely explanation for the omission.

The authors, Jonathan P. Caulkins, Jonathan D. Kulick, and Mark A.R. Kleiman, are the authors of a recent report for the Center on International Cooperation (CIC) that does explicitly acknowledge (emphasis added): “If counternarcotics policies are effectively targeted at pro-insurgency traffickers, they may be able to reduce insurgency by enabling pro-government traffickers and corrupt officials to enjoy a monopoly.”

But what’s most striking about this acknowledgment is that it is presented as a recommendation; one that – lest the reader miss the point – the authors repeat (emphasis added): “Again, it may be possible to target counter-narcotics specifically against the insurgency by selective enforcement that effectively tolerates pro-government traffickers and corrupt officials.”

That is pretty much a summary of what U.S. drug policy in Afghanistan has been, as the report also explicitly observes (emphasis added): “The authors’ main tentative policy suggestion – assure that drugs enrich only corrupt officials – is in effect what the Bush administration tried during 2001-2004.”

They omit, though, that this policy has been escalated by the Obama administration, whose special representative to Afghanistan, Richard C. Holbrooke, in the summer of 2009 rightly criticized the policy of eradication (“The poppy farmer is not our enemy. The Taliban are.”), only to add that eradication would still continue, only in limited areas – which effectively meant that poppy cultivation in areas under Taliban control would be targeted, but in areas under U.S. control it could continue. Following that announcement, it emerged that the U.S. military was pursuing a policy of targeting drug traffickers with ties to insurgent groups – and only those drug traffickers with ties to insurgent groups.

As the CIC report also points out, after the Taliban banned and effectively reduced opium production in 2001, “The locus of production moved to the territory controlled by the warlords” – that is, the “pro-drug dealing warlords aligned with the United States and its coalition allies.” After the U.S. overthrew the Taliban, opium production once again soared to record levels. The CIC report adds, “At present, insurgents appear to be capturing only a small share of those trafficking revenues.”

The authors, in their FP article, praise the fact that “The DEA and military … try to selectively disrupt the traffickers who are linked most closely to the insurgency.” They also observe, in challenging the notion that “American Drug Addicts are Supporting the Taliban”, that the principle markets for the Afghan opium trade are in Asia and Europe and that the U.S. “consumes only about 5 percent of the world’s illegal opium, and most of that comes from Colombia and Mexico.”

But what they neglect to mention is the untold number of soldiers sent to Afghanistan who have become drug addicts. Despite the claims of the U.S. government that it is actively engaged in trying to curtail the drug trade in Afghanistan, heroin is readily available to U.S. troops, including just outside of the Bagram military base. It’s a problem nobody seems to want to talk about, but indications are that drug use and addiction among soldiers is a serious problem, just as it was for veterans of the Vietnam war, thanks in no small part to the CIA’s role in protecting and participating in the drug trade in the Golden Triangle.

It’s a familiar pattern (during the Soviet-Afghan war, for example, the principle beneficiary of U.S. financing for the mujahedeen was Afghanistan’s leading drug lord, Gulbuddin Hekmatyar), yet the authors carry on as thought the U.S. was serious about fighting the drug problem in Afghanistan.

This is a logical absurdity. It is axiomatic that if we are actually serious about tackling the destructive Afghan opium trade, we must recognize and confront the uncomfortable and inconvenient truth, as Professor Peter Dale Scott argues persuasively in his book “American War Machine: Deep Politics, the CIA Global Drug Connection, and the Road to Afghanistan“, that the U.S. itself plays a central role in the global drug trade.

And the problem goes well beyond the historical fact that the U.S. has frequently aligned itself with drug traffickers and turned a blind eye to their activities. The U.S. economy itself is addicted to drugs. As Professor Scott notes in his book, “A Senate staff report has estimated ‘that $500 billion to $1 trillion in criminal proceeds are laundered through banks worldwide each year, with about half of that amount moved through United States banks.’ The London Independent reported in 2004 that drug trafficking constitutes ‘the third biggest global commodity in cash terms after oil and the arms trade.'”

A more recent report by the same House subcommittee, the Senate Permanent Subcommittee on Investigations, offered a slightly revised estimate of $500 to $1.5 trillion dollars laundered through the global financial system each year. “The failure of U.S. banks to take adequate steps to prevent money laundering through their correspondent bank accounts is not a new or isolated problem,” the report stated. “It is longstanding, widespread and ongoing.”

Indeed, the London Guardian just reported a case-in-point on how cocaine smugglers in Mexico had laundered money “through one of the biggest banks in the United States: Wachovia, now part of the giant Wells Fargo”, which “became a beneficiary of $25bn in taxpayers’ money” following the 2008 stock market crash. This case represents “only the tip of an iceberg”, the Guardian notes.

According to United Nations Office on Drugs and Crime (UNODC) Executive Director Antonio Maria Costa, drug money was used to help prop up the U.S. economy following the 2008 financial crisis. “In many instances, drug money is currently the only liquid investment capital,” Costa has said. “In the second half of 2008, liquidity was the banking system’s main problem and hence liquid capital became an important factor.” The UNODC found evidence that “interbank loans were funded by money that originated from drug trade and other illegal activities,” Costa said, and there were “signs that some banks were rescued in that way.”

In other words, big money interests and power players within the United States have a financial interest in the preservation of the global drug trade, and U.S. policies and foreign interventions have often historically been aligned with that goal – including in present day Afghanistan.

While on one hand helping to dispel certain persistent myths about the Afghan drug trade, on the other hand, the authors of the FP article nevertheless effectively argue in favor of maintaining this status quo. More serious – and less hypocritical – analysis of the global drug trade will be required if the international community ever hopes to tackle the Afghan opium problem.