Foreign Policy has had a troubling record that goes beyond one or two guest op-eds. There has been a pattern of what can be termed irresponsible reporting at best.

FPJ — David Makovsky writes in Foreign Policy that “Iranian leaders have struck an increasingly aggressive note. They have threatened a preemptive strike against their foes….” This is shameful. Makovsky knows perfectly well that any sensible reader would interpret “preemptive strike” to mean a military attack, but uses the phrase anyway, even though he knows the implication is false. He links to a New York Times article containing the lead (emphasis added):

Besieged by international sanctions over the Iranian nuclear program including a planned oil embargo by Europe, Iran warned six European buyers on Wednesday that it might strike first by immediately cutting them off from Iranian oil.

But, of course, any reader who didn’t happen to follow his link (and the only reason I did was because I knew the implication that Iran had threatened a military first strike was bullshit) would come away thinking that Iran has belligerently threatened a military act of aggression—which, given his choice of words and lack of context, must be precisely the conclusion Makovsky intended his readers to draw. 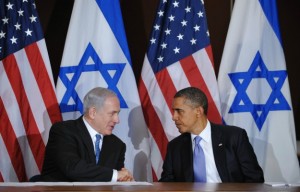 Makovsky’s shameful commentary continues, “And this week, IAEA inspectors charged with monitoring Iran’s nuclear program were denied access to a military facility, returning to Vienna after what they termed ‘disappointing’ talks with their Iranian interlocutors.” But once again, anyone who bothers to check his source can read a Bloomberg article in which IAEA Director General Yukiya Amano is quoted as saying, “It is disappointing that Iran did not accept our request to visit Parchin during the first or second meetings”. Amano also said, “We engaged in a constructive spirit, but no agreement was reached.”

Why not rather write, then, that the IAEA had termed the talks as having been undertaken in a “constructive spirit”, or at least include that context? Makovsky’s statement is also misleading because Mr. Amano did not term the “talks” in general as having been “disappointing”, but rather used that word specifically with regard to Iran’s refusal to allow IAEA officials to visit the Parchin military base, which was but one aspect of the discussions.

This kind of propaganda is par for the course for the U.S. mainstream corporate media. After the IAEA’s first round of talks at the end of January, the New York Times headline declared, “U.N. Nuclear Inspectors’ Visit to Iran Is a Failure, West Says”. The Associated Press meanwhile more honestly reported, “U.N. nuclear official announces new Iran talks after ‘a good trip,’ indicating progress on issues”, and MSNBC to its credit similarly reported, “U.N. nuke inspectors hail ‘good’ talks with Iran”.

As for the Parchin site, Makovsky doesn’t inform his readers that Iran is not required under its safeguards agreement with the IAEA to grant the agency access to this military location, which would pose a legitimate national security concern to Iran. The IAEA wants access to the site because of the claim of a certain anonymous country that it has been used to conduct explosive tests to advance the goal of constructing a nuclear weapon. Makovsky does not bother to inform his readers that Iran has already on two different occasions granted the IAEA access to this site, or that the agency found no evidence of the “explosives containment vessel” to conduct tests of nuclear weapons designs alleged to exist there.

The claim that Parchin has been used to advance Iran’s pursuit of a nuclear weapon was published in a November 2011 IAEA report and rested on the “evidence” that a nuclear expert from a foreign country had helped Iran to develop the alleged explosives containment unit. Makovsky doesn’t bother to inform his readers that the individual referred to in the IAEA report is Vlachyslav Danilenko, who has never worked on weapons and denies having assisted Iran to that end. Danilenko specializes in the production of nano-diamonds and has acknowledged working in Iran to develop an explosive containment cylinder for this purpose.

As Gareth Porter explains, Iran had previously agreed to extend its cooperation with the IAEA above and beyond that required of it in order to resolve six outstanding issues, with the hopes that once the agency had resolved those issues, it would give Iran a clean bill of health. The IAEA acknowledged in two separate reports that all of these issues had been effectively resolved, but nevertheless continued to declare that it was unable to verify the peaceful nature of Iran’s nuclear program on the basis of “purported Iranian documents of unknown origin and doubtful authenticity which the IAEA called the ‘alleged studies’.”

Makovsky states that “Iran has also indicated that it may even be willing to resume diplomacy, which it has scorned since the last round of negotiations in 2009 and 2010.” This is utterly false. Iran’s envoy to the IAEA, Ali Asghar Soltanieh announced in January 2011 that Iran was “prepared to conduct negotiations”, in advance of talks with the five permanent members of the U.N. Security Council—the U.S., Britain, France, Russia, and China—and Germany. The talks failed because the West (read “the U.S.”) insisted that Iran surrender its right under the nuclear non-proliferation treaty (NPT) to enrich uranium for peaceful purposes. Again in August, Iran’s foreign minister, Ali Akbar Salehi, announced that Iran was ready to resume talks while reserving its rights under the NPT. The truth is that it is the U.S. which has scorned any serious attempt at diplomacy, preferring to issue ultimatums and threaten military attacks on Iran in violation of the U.N. Charter.

Makovsky lauds as “progress” that U.S. and Israeli officials “speak about Iran in similar terms” and cites the example that “Defense Secretary Leon Panetta declared that Iran’s development of a nuclear weapon, as well as closure of the Strait of Hormuz, are ‘red lines’ for the United States.” He asserts that this “red line” for the U.S. puts “the focus on Iran actually gaining a nuclear weapon”. But that is false and emphatically not what Panetta said. Once again turning to his source, one reads:

Panetta and Dempsey suggested the U.S. had the military capability to stop any attempt by Iran to develop a nuclear weapon, although neither would offer details.

“I think they need to know that … if they take that step, that they’re going to get stopped,” Panetta said, adding that he was not taking any options off the table.

Thus, while Makovsky deliberately leaves his readers with the impression that Iran is already developing nuclear weapons and that Panetta defined the “red line” as being it actually obtaining one, the truth is that what Panetta actually said was that the “red line” would be if Iran attempted to develop a nuclear weapon, which it currently is not doing.

Makovsky continues to say that the concern that Iran might hand “dirty bomb technology to non-state actors” is “all too real”, without offering the slightest evidence in support of this assertion. He closes by arguing that the U.S. and Israel need to come to a consensus on what “thresholds for the Iranian nuclear program” would “trigger action” by the two countries if “breached”. That is to say, Israel should not go it alone with “a pre-emptive strike”, but rather the two countries should act together to attack Iran if it crosses—or is alleged to have crossed—the agreed-upon “red lines”.

Makovsky is a fellow at the Washington Institute for Near East Policy (WINEP), a think-tank founded by the pro-Israel lobby, the American Israel Public Affairs Committee (AIPAC). While Foreign Policy does inform readers of his affiliation with WINEP, the failure of its editors to fact-check—which they could easily have done simply by taking a moment to follow the links to Makovsky’s own sources—and willingness to publish such blatant and shameful propaganda is inexcusable.

Foreign Policy has had a troubling record that goes beyond one or two guest op-eds. There has been a pattern of what can be termed irresponsible reporting at best. Take, for instance, veteran FP blogger Michael Singh, who wrote just last Thursday that “All indications are that the regime values its own survival above all. This likely fuels its drive to obtain a nuclear weapon”, which is a goal “it apparently values greatly”. Singh thus asserts as fact that Iran is attempting to develop a nuclear weapon, even while himself referring to a 2007 U.S. National Intelligence Estimate (NIE) that concluded—and Singh left this part out—that Iran did not have an active nuclear weapons program. This assessment was reaffirmed yet again in another NIE last year, and, as already seen, reflected in Panetta’s statement that Iran is not currently trying to develop a nuclear weapon. This is sloppy so-called “journalism” and irresponsible commentary at best, and at worst seems to indicate outright shameful dishonesty, since  a veteran commentator like Singh cannot possibly be unfamiliar with this assessment of the U.S. intelligence community, and yet chooses to assert as fact that Iran is currently driving “to obtain a nuclear weapon” as fact anyways.

This kind of propaganda is, of course, nothing new for the mainstream media. But with the threat of another war looming in the Middle East, journalists and news media have an even greater responsibility to seek the truth and to report the facts objectively. At this, Foreign Policy and the rest of the mainstream media—as it did with Iraq and the unevidenced claims of WMD that precipitated the war on that country—is failing miserably. Fortunately, real journalists—like the aforementioned Gareth Porter—do exist. But unfortunately, it is up to readers to be proactive in seeking out alternative sources of information outside of the U.S. mainstream (Porter’s articles, for instance, are regularly published by IPS, which is a global agency headquartered in Italy, and appear on alternative American sources online, such as Truthout.org) and to exercise discernment if they do not wish to be deceived yet again as the government and media manufacture consent for yet another murderous war of aggression.

Independent journalism requires reader support. If you value Foreign Policy Journal as an alternative source providing critical analysis outside the standard framework of the mainstream media, please consider making a donation to support the effort.