This is "negotiation", a euphemism for issuing ultimatums and threatening violence if not obeyed. 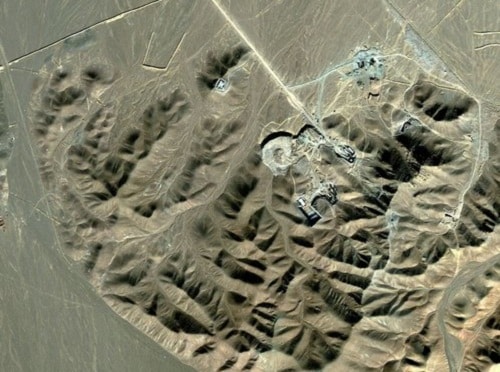 Unsurprisingly, the Obama administration has reiterated its ultimatum to Iran to surrender its right to enrich uranium for peaceful purposes under the Nuclear Non-Proliferation Treaty (NPT), and is also demanding the dismantling of Iran’s Fordo enrichment facility, “the one facility that is most hardened against airstrikes”, the New York Times points out. The Times also notes that the Obama administration is defining this ultimatum as Iran’s “last chance” to obey orders from Washington, we don’t need any reminding that “all options are on the table”, meaning that the U.S. threatens the use of force (illegally, in violation of the U.N. Charter) to back up its ultimatum. There is no chance that Iran will accept this ultimatum, and the administration knows it. This is what the administration considers to be “diplomacy”. This is “negotiation”, a euphemism for issuing ultimatums and threatening violence if not obeyed.

As for Iran halting uranium enrichment, the Times states:

Iran claims the right to enrich uranium as a signatory to the Nuclear Non-Proliferation Treaty, which allows nations to pursue civilian nuclear power. The West says that Iran has breached its commitments by refusing to answer questions from the International Atomic Energy Agency and refusing to comply with Security Council mandates.

The truth is that the NPT states explicitly that “Nothing in this Treaty shall be interpreted as affecting the inalienable right of all the Parties to the Treaty to develop research, production and use of nuclear energy for peaceful purposes” (emphasis added). That means no one can tell Iran that it can’t enrich uranium so long as there is no evidence of diversion of nuclear material to a weapons program. The International Atomic Energy Agency (IAEA) has continued to verify the non-diversion of nuclear material to any military aspect of Iran’s nuclear program.

Moreover, there is no legal basis for the U.N. resolutions calling on Iran to cease enrichment. These are founded on an IAEA Board of Governors resolution calling on Iran to voluntarily suspend enrichment as a “confidence building” measure; a request, of course, that Iran is under no legal obligation to comply with. The U.N. Security Council took the IAEA’s request for voluntary suspension by Iran and attempted turned it into a legal obligation, which it has no authority to do. The sanctions resolutions were passed under Article 40 of Chapter VII of the U.N. Charter, which grants the Council authority to call on nations to comply with provisional measures the Council deems “necessary or desirable”, but any such requests must be “without prejudice to the rights, claims, or position of the parties concerned”. For any call by the Security Council on Iran to cease enrichment to be legally binding on Iran, the Council would first, in accordance with Article 39, had to have found its nuclear program to be a threat to peace and security, which it has not done.

For more details on the U.N.’s lack of legal authority to demand that Iran cease enrichment, see my article “Iran’s ‘Outlawed’ Nuclear Program” (Foreign Policy Journal, April 8, 2009) and Eric Brill’s excellent paper (in which I receive an acknowledgment), “The Iran Nuclear Dispute: A New Approach” (October 2010). As Brill writes,