This kind of biased reporting is standard fare in the U.S. media. If you don't see the bias, I'll break it down for you: 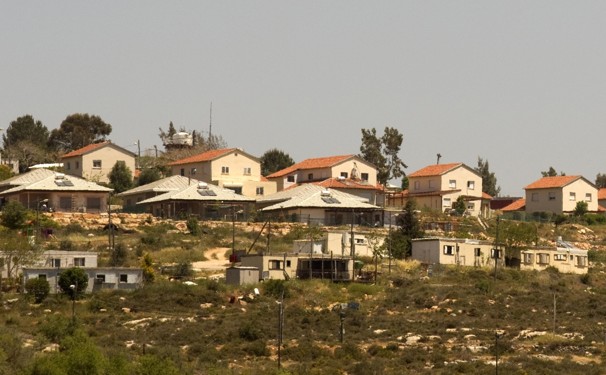 Israel announced Tuesday that it has legalized three unauthorized Jewish outposts in the West Bank, a move that Palestinians and anti-settlement activists condemned as a step toward creating the first new settlements in more than a decade….

Settlements are a core point of dispute in the frozen peace talks between Israel and the Palestinians, who view the housing developments as Israeli land-grabbing and want construction to stop before resuming negotiations. Israel says the issue should be discussed during peace talks.

Although most foreign governments consider all settlements illegal, Israel applies that label only to about 100 so-called outposts that were built without official authorization, sometimes on private Palestinian land.

This kind of biased reporting is standard fare in the U.S. media. If you don’t see the bias, I’ll break it down for you:

1) The Post reports that Israel “legalized” Jewish “outposts” in the West Bank. That is false. All Israeli settlements in the West Bank are illegal, and Israel’s claim that it may “legalize” its colonies has no legal standing. (See also #3.)

2) The Post reports that Palestinians “view” Israel’s colonies as “land-grabbing”, as though this was merely a perception. Israel’s illegal colonization of the West Bank is ipso facto land-grabbing.

3) The Post reports that “most foreign governments consider all settlements illegal”, the usual euphemism in the U.S. media, as though some countries consider Israel’s settlements to be legal. That is false. There is a unanimous international consensus, and it’s not a matter of opinion. Every nation on the planet recognizes the incontrovertible fact that Israel’s colonization of the West Bank is a direct violation of the Geneva Conventions, to which Israel is a party. Not a single nation on Earth considers Israel’s settlements to be “legal”, except, of course, for Israel, whose view is given equal weight as that of the international consensus by such means as the above. (Which goes back to #1.)

4) The Post says Israeli colonies are “sometimes” built “on private Palestinian land”. What it does not clarify is that every inch of the West Bank is Palestinian land, whether it is privately owned or otherwise, and every settlement is always built on Palestinian land.