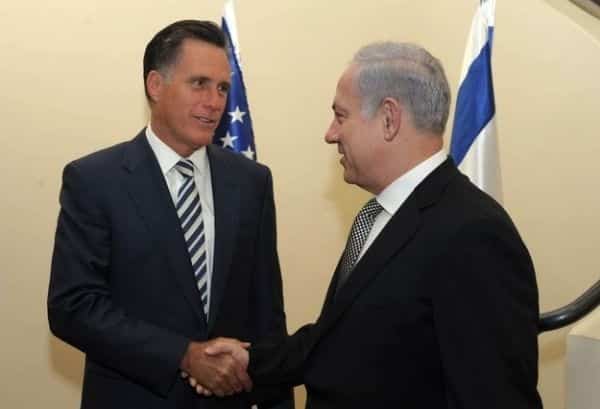 Mondoweiss — Mitt Romney thinks that President Obama has been too hard on Israel. Obama is “fond of lecturing Israel’s leaders”, according to Romney, and “has undermined their position, which was tough enough as it was. And even at the United Nations, to the enthusiastic applause of Israel’s enemies, he spoke as if our closest ally in the Middle East was the problem.”

Before commenting on these criticisms from Romney, let’s very briefly review Obama’s record, shall we?

Now, then, going back to Romney’s criticisms of Obama, what he was really saying, translated into meaningful terms, is that all of these actions by the Obama administration were not supportive enough of Israel, not contrary enough to international law, and not rejectionist enough of the rights of the Palestinian people and the international consensus on a two-state solution.

If his words had any meaning, it was that he was promising that under a Romney administration, the U.S. would be send even more of U.S. taxpayers’ dollars to Israel to ensure its “qualitative military edge”, be even more complicit in Israel’s war crimes, defend Israel for war crimes and other violations of international law even more vigorously (although it wouldn’t really be possible for the U.S. to exercise its veto in this regard any more than Obama has done), and otherwise ensure that Israel inflicts even more punishment on the Palestinians for the sin of existing on their own land.

Is this really what Americans want from their next president?

Sadly, the answer seems to be for many Americans to be in the affirmative, which speaks volumes.