Austerity is to blame for the lack of recovery, according to Paul Krugman. He writes in his blog that “austerity did, indeed, undermine recovery”, and to prove it, he shows a graph of the ratio of government spending to the Congressional Budget Office’s estimate of potential GDP. 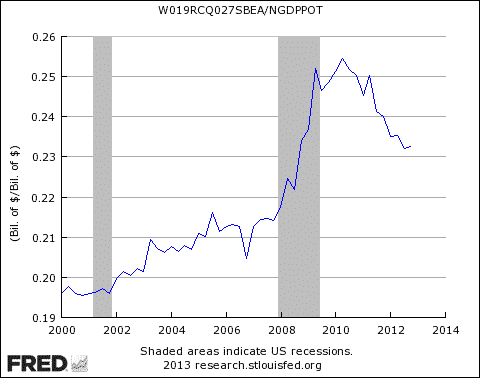 See, Krugman thinks you’re stupid. He thinks just looking at actual government spending and debt can’t tell you whether there is “austerity” or not. Here’s government expenditures over the past two decades: 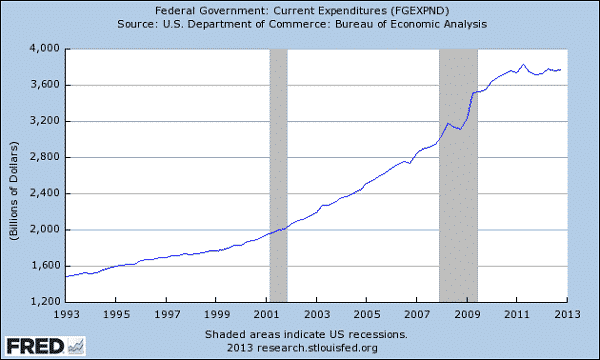 Man, would you look at all that austerity! It’s just killing the economy! And here’s total public debt: 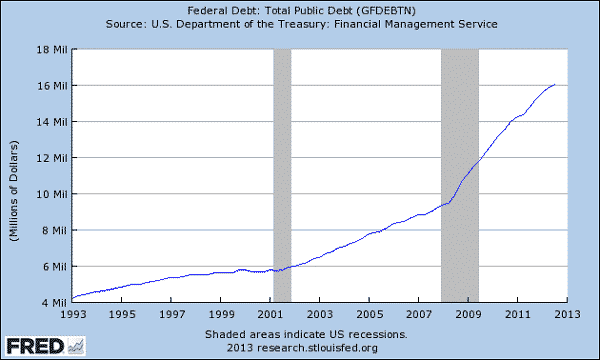 My goodness, would you look at all that austerity! No wonder the economy can’t recover! Our wise government overlords know better than we do how best to spend our money, and we need the bureaucrats in Washington, who know better than the free market how best to direct scarce resources to the most productive ends, to confiscate our wealth from us and spend our money for us. If only we did this, then we would see a recovery, for sure.