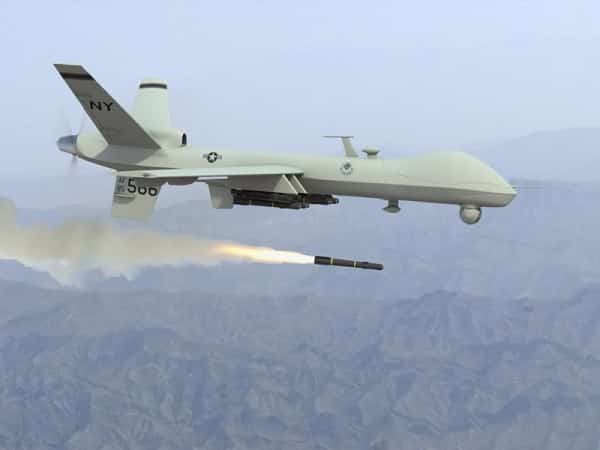 Despite Administration Promises, Few Signs of Change in Drone Wars

There were more drone strikes in Pakistan last month than any month since January. Three missile strikes were carried out in Yemen in the last week alone. And after Secretary of State John Kerry told Pakistanis on Thursday that the United States was winding down the drone wars there, officials back in Washington quickly contradicted him.

More than two months after President Obama signaled a sharp shift in America’s targeted-killing operations, there is little public evidence of change in a strategy that has come to define the administration’s approach to combating terrorism.

Now the Times is suggesting that the continued drone strikes in Pakistan are contrary to some supposed “Promises”. But at the time, the Times reported how officials made clear “‘signature strikes’ targeting groups of unidentified armed men presumed to be extremists will continue in the Pakistani tribal areas.” So the attacks aren’t continuing “Despite Administration Promises” but in accordance with them.

I wrote about how the media invented this mythical “shift” that was supposed to have been announced but wasn’t in this post. Read more about it there.

If you find work exposing mainstream media propaganda provides you with something of value, please consider leaving me a tip to help me to sustain it! Knowledge may be priceless, but my work requires time, energy, and expenses, such as the cost for a subscription to America’s “newspaper of record”, the trendsetting New York Times. Click here for more info about my current fundraiser, or drop me a tip via PayPal by clicking the button below.