Some observations about U.S. policy towards Egypt, mainstream reporting about it, etc. 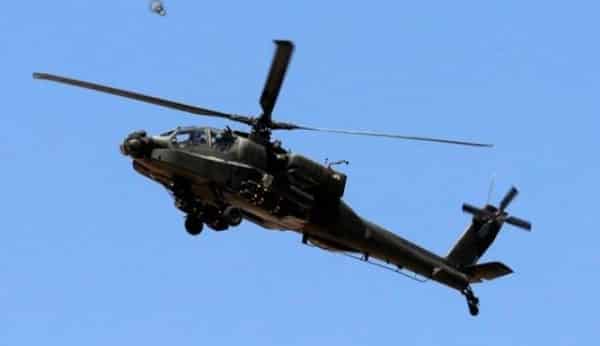 Some observations about U.S. policy towards Egypt, mainstream reporting about it, etc. (From notes I’d taken and meant to blog about, but never had time, especially with this Syria business, etc. So briefly on each point…)

1) From the New York Times in mid-August:

President Obama announced Thursday that the United States had canceled longstanding joint military exercises with the Egyptian Army set for next month, using one of his few obvious forms of leverage to rebuke Egypt’s military-backed government for its brutal crackdown on supporters of the ousted president, Mohamed Morsi.

Though the decision is an embarrassment to Egypt’s generals, and will deprive Egypt of much-needed revenue, it lays bare both the Obama administration’s limited options to curb the military’s campaign against Islamists in Egypt and the United States’ role as an increasingly frustrated bystander.

We may accept that the U.S. has “few” options, but it is hardly a “frustrated bystander” with insignificant “leverage”, given the fact that these same generals Obama meaninglessly “rebuked” are awarded with $1.5 billion in military aid each year courtesy of the U.S. taxpayers.

This has been one of those central propaganda themes in media reporting since the third massacre in which over 1,000 Egyptians were reportedly killed, that the U.S. is somehow helpless to do anything about it, which false narrative simply attempts to whitewash the U.S.’s own complicity in this foreseen mass murder. Indeed, the promises after the second massacre that this U.S. aid to the generals would continue virtually guaranteed that they would carry out their promise to violently crack down on protesters.

I’ve seen only one exception to this propaganda theme about the helplessness of the U.S. government. A breath-of-fresh air commentary from Andrew J. Bacevish in the Los Angeles Times points out how this narrative is nonsense.

In the meantime, the military committed a “fourth mass killing of civilians” by executing 36 people imprisoned presumably for protesting the coup. The response from the Obama administration was, naturally, to again reassure the generals that the American taxpayers would continue to finance their actions.

2) As for the reasons why the U.S. is willing to be complicit in the generals’ violence, the Times lists a few important ones:

3) That article also mentioned the U.S.’s “threshold for violence”, which the generals still did not cross even after committing “the worst mass killing in Egypt’s modern history“. Another piece comments:

The administration’s reluctance to cast off the Egyptian military is exposing it to criticism that it is tolerating a brutal regime with no plans to return Egypt to democracy and no qualms about gunning down its people. Ms. Rice, officials said, will have to judge how much bloodshed the United States can stomach.

What’s a couple hundred or even a thousand innocent lives lost in Egypt in exchange for access to airspace to bomb other countries in the region, access to the Canal to support U.S. military actions by sea, and keeping Egypt out of the Israeli-Palestinian conflict so that Israel can continue to oppress and steal their land with $3 billion annual military aid of their own, likewise courtesy of American taxpayers? The sociopaths in Washington can stomach much worse. It’s a matter of “Pragmatism”, as the headline notes.

4) Charles A. Kupchan (‘a professor of international affairs at Georgetown University, a senior fellow at the Council on Foreign Relations and the author of “No One’s World: The West, the Rising Rest, and the Coming Global Turn”’) argues that

Apparently, Kupchan considers backing the generals in their coup that ousted the elected president, Mohamed Morsi, to be “zealous promotion of democracy”. Perhaps he took at face value Secretary of State John Kerry’s statement that what the generals were going was “restoring democracy”.

This is nonsense, of course. What Kupchan is referring to is zealous rhetoric about promoting democracy, meaningless statements from government officials that are absolutely contradicted by their actual policies.

Kupchan argues that the U.S. should cease this supposed democracy promotion in part because

Washington’s determined promotion of democracy compromises its credibility because doing so is often at odds with its own policies.

Translated into meaningful terms, Kupchan is saying that the U.S. should cease even talking about promoting democracy, because when it engages in this rhetoric that are so “at odds with its own policies”, it loses “credibility”; therefore the U.S. should just be honest with the world and not try to deceive everyone into thinking that its policies are somehow about promoting democracy.

The United States should not be complicitous in this unfolding disaster.

administration officials should suspend the $1.3 billion in annual American military aid to Egypt

But, as I pointed out in a previous post,

When the Egyptian military was promising even more violence against demonstrators protesting the coup d’tat that overthrow President Morsi after two previous massacres, and despite a U.S. law prohibiting foreign aid to any government taking power through a coup, the New York Times editors insisted that “American military aid to Egypt should not be cut off”.

A bit late to try to wash the blood from their hands after the promised violent crackdown against demonstrators.

5) Roger Cohen, however, was content to just leave the blood there, arguing in his column that to cut off aid would be a “knee-jerk reaction” that would somehow “increase the possibility of internal and regional mayhem”. It isn’t obvious, of course, that this aid is a stabilizing factor in Egypt, particularly given recent events. Cohen doesn’t bother to elaborate, but we can safely presume that what he means is that if the aid is cut off, it would mean the deal was over with regard to the peace treaty with Israel. Cohen apparently, like Obama, Kerry, et al, has a high “threshold” for U.S. complicity in bloodshed when it comes to protecting Israel’s supposed interests.

6) Charles Krauthammer, meanwhile, in his Washington Post column, accepts the Egyptian generals’ own claim that they had a “mandate” from supporters of the coup to crack down violently on those who were protesting it. “[I]t does matter what the Egyptian people think”, he writes, obviously excluding those who protested the coup, whose thoughts clearly did not matter either to the generals or their neocon fan at the Post. They were in the minority, Krauthammer divines, whereas “the vast majority seem to welcome the military repression aimed at abolishing the Islamist threat.” Here, of course, Krauthammer euphemistically uses the phrase “abolishing the Islamic threat” the same way the generals did, to mean “punishing demonstrators who were protesting the coup”. This repression, of course, was Egypt’s “only hope” for a “democratic” outcome, and, naturally, the U.S. should continue financing the military.

7) One of the arguments against cutting off the aid is that it wouldn’t do any good, since Saudi Arabia and other countries have pledged to just replace it, anyways. This argument falls flat for two main reasons. The first is that it does not follow from the fact that other countries are willing to step up and be complicit in the murder of civilians that therefore, the U.S. should just go on being complicit in murder. I mean, if a bully on the playground was to argue, “Well, I can’t stop beating up this little boy, because if I do, Biff over there will just take my place and continue beating him anyway,” would it justify his continued beating of the little boy?

The Times provides the second main reason, noting that

the $1.3 billion in military aid that the United States gives the country every year is its main access to the kind of big-ticket, sophisticated weaponry that the Egyptian military loves.

Even if Saudi Arabia and other Persian Gulf monarchies make up for any aid the United States may suspend, Washington would block Egypt from buying American weaponry with that money — a serious long-term problem [for the Egyptian military]….

What Egypt’s generals fear most is the cutoff of hundreds of millions of dollars in mundane but essential maintenance contracts that keep the tanks, fighter jets and helicopters running, American officials and lawmakers said.

…American military aid covers as much as 80 percent of Egypt’s weapons purchases….

A scheduled arms shipment to the Egyptian military this month includes 10 Apache helicopters, at a price of $500 million apiece, courtesy of the U.S. taxpayers, and machine guns and other equipment for M1A1 tanks.

The U.S. would be helpless, of course, if the generals decide to use the weapons against Egyptian civilians protesting their efforts at “restoring democracy”.