Now, once again, we see the argument that the U.S. must bomb to "save lives" even while, as Kristof himself outlines, it can be expected that doing so would serve only to escalate the violence 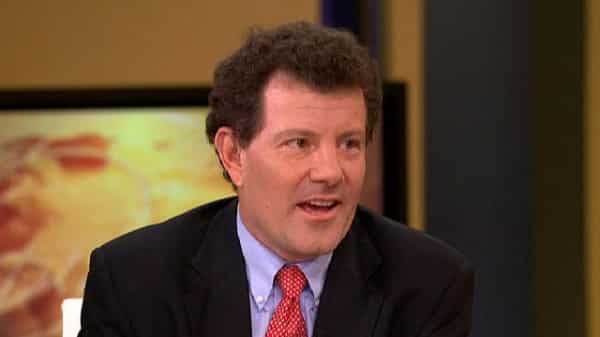 Nicholas D. Kristof in the New York Times notes that there are “legitimate concerns” about the U.S. bombing Syria, including that it might cause an escalation of violence on the ground and the bombing itself might kill civilians, but argues nevertheless that Obama should go ahead and do it anyway. Due to Obama’s ostensible unwillingness to get involved in the conflict, he argues,

The war has spread and destabilized Lebanon, Jordan, Iraq and Turkey. The hard-line Nusra Front rebels have gained strength, partly because we have spurned moderates. The Syrian Army has won ground. Prolonged war has deepened sectarian hatreds that will make it harder than ever to put Syria back together. More than 100,000 Syrians have been killed.

The problem with this argument is that it is simply untrue that the Obama administration has been sitting on the sidelines refusing to get involved. On the contrary, the U.S. has long since intervened to back the armed rebels to implement a policy of regime change. The CIA has been coordinating the flow of arms to and training the rebels, whose ranks include al-Qaeda affiliated groups like the al-Nusra Front, with most of the arms ending up in the hands of the Islamic extremists.

Thus, while Kristof would have his readers believe that the above has resulted because of U.S. non-interference, the truth is precisely the opposite, that the U.S. has intervened in such a way as to prolong the conflict, destabilize the region, escalate the violence, and empower extremist groups.

Instructively, he cites as an example of the use of military force to “save lives” the U.S./NATO bombing of Kosovo. Once again, however, this is a standard fictional propaganda narrative. The truth is that the NATO bombing served not to mitigate but to escalate the violence on the ground in the former Yugoslavia, resulting in a higher civilian death toll in its first three weeks than had occurred during the three months prior, when the “humanitarian catastrophe” had occurred that had ostensibly served as a pretext for the bombing.

Moreover, this was the expected consequence of the bombing. Now, once again, we see the argument that the U.S. must bomb to “save lives” even while, as Kristof himself outlines, it can be expected that doing so would serve only to escalate the violence, as the Obama administration’s policy of intervening to back the rebels has already done.