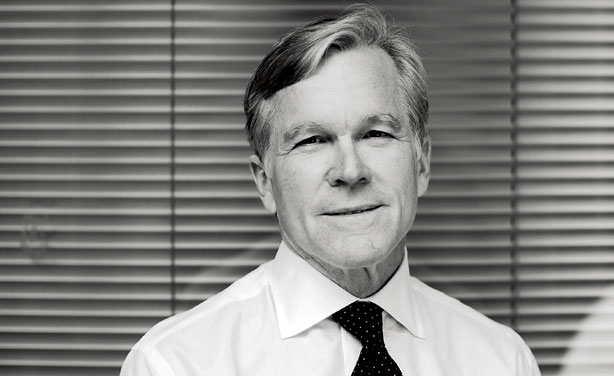 A former executive editor and now columnist for the New York Times, Bill Keller labels Americans who oppose Obama’s proposed war on Syria as “Isolationists”, complete with comparisons to “the United States in 1940” and the “resistance Franklin D. Roosevelt had to navigate in order to stand with our allies against Hitler.”

Under the headline “Our New Isolationism“, Keller writes that even “sophisticated readers of The New York Times are not immune” to “Isolationism”. He refers to the many letters he has received in reply to his warmongering columns (his “defense of a more assertive foreign policy”, or “calibrated intervention to shift the balance in Syria’s civil war”, in his parlance).

While “aversion to war” is “an altogether healthy instinct”, Keller allows, opponents of bombing Syria are guilty of  “a broader reluctance to engage, to assert responsibility, to commit.”

This “Isolationism” is “pessimistic” for failing to conclude that dropping bombs is the answer and instead thinking it might just “make it worse”. So Americans should just ignore all the potential disastrous consequences that have been predicted by expert analysts and instead choose as a matter of blind faith to believe that escalating the violence by bombing the country will make things better.

This “Isolationism” is also “amoral” for thinking that “it is none of our business unless it threatens us directly”. So it can’t possibly be that opponents to bombing yet another country might have it in mind to prevent even more suffering from innocent civilians, who might be killed either directly by U.S. missiles and bombs or as consequences of the escalation of violence it is widely predicted to precipitate. No, rather anyone opposed to bombing people must just be selfish and not care very much about the welfare of others.

The irony seems to have totally escaped Keller — despite his reference to the 1940s, Hitler, and WWII — that Nazis were hanged for waging (or conspiring to wage) the crime of “aggression”, defined at the Nuremberg Tribunal as “the supreme international crime, differing only from other war crimes in that it contained within itself the accumulated evil of the whole”, which is, of course the very same crime the sophisticated readers of the Times are opposing when they write to Keller to rightly criticize him for his warmongering.