Contrary To What You Read In the Media, Fed Policy Will Remain Consistent

The mainstream media continually report that the Federal Reserve has been sending mixed messages about its policy, but the truth is that the Fed's message has remained consistent and the source of the ambiguity is the media itself. 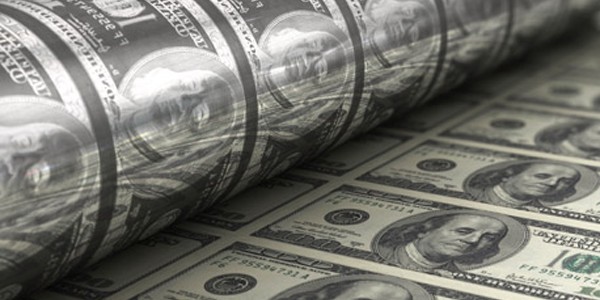 The mainstream media continually report that the Federal Reserve has been sending mixed messages about its policy, but the truth is that the Fed’s message has remained consistent and the source of the ambiguity is the media itself.

To wit: under a headline that declares “Fed Prepares for Change in Policy”, the New York Times reports how the Fed will continue its present policy.

Federal Reserve officials, who have made clear that they intend to cut back on the Fed’s monthly asset purchases by the end of the year, must decide next week whether it is time to tap the brakes or better to wait another month or two.

As written, that is false. Fed officials have emphatically not said they intend to slow money printing (i.e., cut back on purchases of assets with currency created out of thin air to keep interest rates low, a.k.a. “quantitative easing”).

Further down the page:

Last year, officials announced an aggressive combination of asset purchases and forward guidance, both tied to improvement in the labor market. The Fed said it would buy $85 billion a month in Treasury securities and mortgage-backed securities to jump-start job growth, and keep short-term rates near zero at least as long as the unemployment rate was above 6.5 percent. It was 7.3 percent in August.

In June, however, Mr. Bernanke surprised many investors by announcing that the Fed intended to reduce the volume of monthly purchases by the end of the year, and to end the purchases entirely by the middle of next year. An official account of the committee’s most recent meeting in July affirmed that “almost all participants” favored Mr. Bernanke’s timetable, provided that “economic conditions improved broadly as expected.”

The Times is manufacturing an ostensible change in policy where none exists. This is evident just from reading this article carefully.

What has been the Fed’s policy so far? To make $85 billion a month in asset purchases until unemployment gets down to 6..5%

What has the Fed said it’s policy will be? To reduce the volume of its asset purchases provided that economic conditions improve.

In fact, the Times states explicitly towards the end of the article:

Fed officials have discussed a number of options to reassure investors. The Fed has said it intends to hold short-term rates near zero at least as long as unemployment remains above 6.5 percent and inflation remains under control.

Um… So where, again, is this “Change in Policy” the Fed is supposedly preparing for? The headline evidently should read “Fed Prepares for Continuation of Policy”.