Meanwhile, in Egypt, the U.S.-backed military continues its crackdown on opponents of its rule since it overthrew the democratically elected president, Mohamed Morsi. 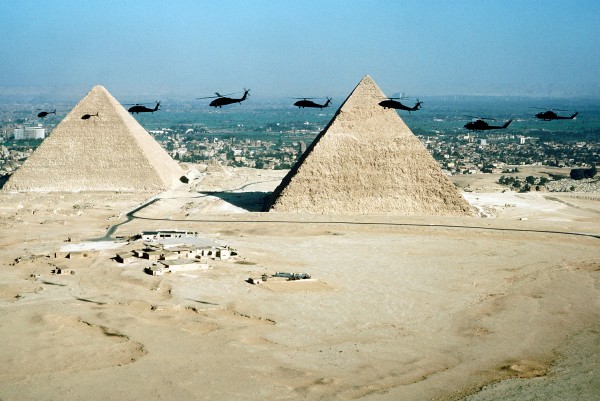 Meanwhile, in Egypt, the U.S.-backed military continues its crackdown on opponents of its rule since it overthrew the democratically elected president, Mohamed Morsi.

Yesterday, the military extended its “state of emergency”, a.k.a. suspension of the constitution and implementation of martial law, and now, in addition to its efforts to “crush” the Muslim Brotherhood, “security forces have also begun to round up other dissenters,” such as “liberal and left-leaning activists and journalists”, which is “a chilling warning that no Egyptians should feel safe if they dare to challenge authority.”

“There seems to be no end to the draconian controls”, remarks a New York Times editorial, “as the military seeks to restrain the news media, manipulate the courts, misuse security services and restrict civil society groups.”

It’s still too late for the Times editors to wash the blood off their hands. After all, this was the predictable consequence of the U.S. continuing its $1.5 billion in support for the Egyptian military, which the Times insisted “should not be cut off” despite the generals’ promise to crack down violently on protesters, resulting in over 1,000 deaths.