The ‘Rich Man’s Recovery’ and the Federal Reserve

Why doesn't Krugman mention the answer given by his own source when asking what has driven "these huge income gains at the top"? 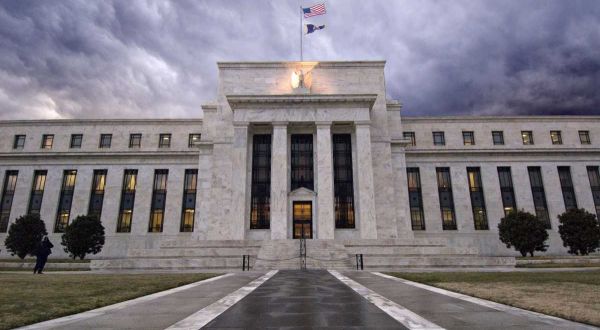 In his column yesterday, under the title “Rich Man’s Recovery“, Paul Krugman writes that

What’s driving these huge income gains at the top?

His own reply is:

There’s intense debate on that point, with some economists still claiming that incredibly high incomes reflect comparably incredible contributions to the economy. I guess I’d note that a large proportion of those superhigh incomes come from the financial industry, which is, as you may remember, the industry that taxpayers had to bail out after its looming collapse threatened to take down the whole economy.

In any case, however, whatever is causing the growing concentration of income at the top, the effect of that concentration is to undermine all the values that define America.

Funnily — while Krugman is content to say there’s “intense debate” about it and make reference to “the financial industry” before moving on with an “In any case…” that seems to suggests that knowing the answer isn’t really so important as understanding the consequence — if you click the link he provides to the source whence he got the above statistics, an answer to his question is provided:

[G]nerally, richer households have disproportionately benefited from the boom in the stock market during the recovery, with the Dow Jones industrial average more than doubling in value since it bottomed out early in 2009. About half of households hold stock, directly or through vehicles like pension accounts. But the richest 10 percent of households own about 90 percent of the stock, expanding both their net worth and their incomes when they cash out or receive dividends.

Does Krugman mention this? Nope. Why not? Well, what has caused the boom in the stock market?

Hunter Lewis provides some insight into the answer to that question in his new book Free Prices Now! Fixing the Economy By Abolishing the Fed. He quotes the observation made by economist Milton Friedman that

Nowhere is the gap between rich and poor wider, nowhere are the rich richer and the poor poorer, than in those countries that do not permit the free market to operate.

He points out how the Federal Reserve’s money printing robs the general public of the purchasing power of their dollars:

The public is robbed of their wealth through inflation, even while the Fed claims that inflation is low. For instance,

[T]he Fed’s favored measure of inflation excludes food and energy prices. If Fed policies drive up the cost of these items, consumers will have less money to spend on items other than food and energy. Reduced spending on these items will then help to lower prices which the Fed acknowledges and watches. In this way, the Fed can claim that inflation is falling when prices as a whole are clearly rising. When consumers are asked in surveys which prices matter the most to them, they generally mention food and energy. But the Fed is not paying attention.

The government borrows money by selling a bond, let us say to a bank. The Federal Reserve then buys the bond from the bank with the newly “printed” money. In effect, the government sells a bond to itself, but very few people understand what is happening.

…[T]he result is to transfer resources from the private sector to government.

Like the federal government, Wall Street also benefits from the Fed’s proclivity to “print” more and more money. Most of this new money passes through Wall Street on its way to wherever it is going in the economy, and in transit fattens Wall Street profits. In addition, although some of the money enters the consumer economy, where it raises consumer prices, much of it enters investment markets, where it raises the prices of stocks, bonds, or real estate. Wall Street generally benefits from rising asset prices, as well as from all the speculation triggered by the new money.

Average people, of course, do not own many assets. The poor own fewest of all, so they do not benefit from asset price increases and speculation. On the contrary, they suffer from it when they try to buy a car or first home and find that the cost of the car or home has been inflated beyond their means.

Back to our questions. So what has caused the boom in the stock market from which the richest have benefited? The Fed’s inflationary monetary policy. So why doesn’t Krugman mention the answer given by his own source when asking what has driven “these huge income gains at the top”?

For example, when the dot-com bubble burst, his answer was for the Fed to print more in order to lower interest rates to create a boom in housing. Well, we all know how that turned out. And yet when the housing bubble burst, what was Krugman’s prescription? The Fed should print more, of course!

For a review of Krugman’s record on the housing bubble, see my book Ron Paul vs. Paul Krugman: Austrian vs. Keynesian Economics in the Financial Crisis. Also check out Hunter Lewis’s excellent Free Prices Now! 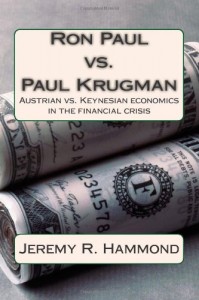 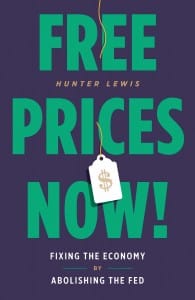