The New York Times reports on how the Obama administration is rather blatantly cherry-picking data to try to convince Americans that Obamacare will be wonderful for them. 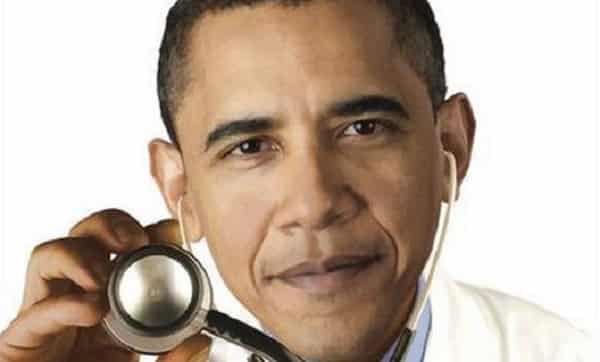 The New York Times reports on how the Obama administration is rather blatantly cherry-picking data to try to convince Americans that Obamacare will be wonderful for them:

The Obama administration on Tuesday provided the first detailed look at premiums to be charged to consumers for health insurance in 36 states where the federal government will run new insurance markets starting next week, highlighting costs it said were generally lower than previous estimates.

…However, the data provided only a partial picture of the reality that consumers will face. The government did not identify the insurance companies offering policies in the federal marketplaces, also known as exchanges. Nor did it provide any information about the many policies that will cost more than the amounts cited in its report.

…The figures, almost by definition, provide a favorable view of costs, highlighting the least expensive coverage in each state.

…Insurance experts said the prices reported on Tuesday should be viewed with caution for several reasons. In many cases, the statewide figures are averages. The rates may be available only in parts of a state, and premiums can vary as much within a state as among states.

Keep in mind that “generally lower than previous estimates” doesn’t necessarily mean decreases in costs, just a slower rate of increase from previous projections. Costs are still projected to increase. And how does Obamacare purport to mitigate rising costs? By effectively forbidding insurance providers from competing on coverage and limiting consumer choice. I discussed that here, where I also commented:

So we have government dictating to insurers what “packages” they can provide and the perverse incentive for insurers to hold down costs by limiting policy holders to a certain network of health care providers. Thus, if you want to go to a doctor who isn’t in the network, your insurance won’t cover it. Which hospitals would insurers seek to exclude from their networks? Why, those whose patients require the costliest treatment, of course.

On that note, the Times article notes:

Consumer advocates said that people shopping for health insurance should consider not only price, but also other factors like the list of covered drugs and the doctors and hospitals available in a health plan.

Indeed. But, naturally, the Obama administration isn’t bragging about how it purports to limit prices by limiting such options for health care consumers.

So if constraining the market isn’t the answer, what is? Freeing it, of course.