U.N. investigators were able to determine from what trajectory the CW rockets were fired, and the azimuths could be traced back to the direction of Qasioun Mountain, where Syrian military bases are located. 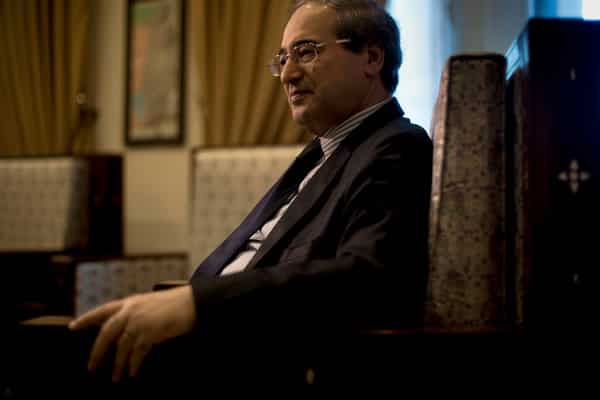 The strongest evidence to date that Syrian government forces were responsible for the August chemical weapons attack in Damascus comes from the U.N. Report on the Alleged Use of Chemical Weapons in the Ghouta Area of Damascus on 21 August 2013. U.N. investigators were able to determine from what trajectory the CW rockets were fired, and the azimuths could be traced back to the direction of Qasioun Mountain, where Syrian military bases are located. The evidence, however, is not conclusive.

He said the government was “100 percent sure” that rebels, not government forces, fired the chemical weapons that killed hundreds of people in the Damascus suburbs in August, a statement dismissed by American officials and at odds with some of the scientific findings of United Nations inspectors sent to investigate the chemical attack.

Asked about analyses of the inspectors’ report that suggested the weapons could only have been operated by the government, and compass headings that indicated the chemicals were most likely fired from a government-held area that includes core military bases atop Mount Qasioun, he pointed to the mountain’s ridge, a Damascus landmark, from his window.

“From that place, somebody may shoot at us now,” he said.

Presumably, if this did not seem plausible to Barnard, who was on the ground and would have familiarized herself with the terrain, there would have been something of a rejection of this possibility in the article, if not on Barnard’s own impetus, then on those of her editors. We would not expect a Times journalist to write, or her editors to keep, a statement like, “There was no government-held position on the ridge where he pointed, and the ridge would be accessible to rebels from their own positions.” But the fact that there is no statement that such as, “However, from his window, government soldiers could be seen in positions all along the ridge he pointed to” suggests that Barnard found this plausible.

Another interesting part comes a bit further in the article:

Mr. Mekdad suggested the government doubted the usefulness of talking to leaders of the National Coalition of Syrian Revolutionary and Opposition Forces, the exile group that the West and its Arab allies have tried to set up as the government’s opposition counterpart and the civilian leadership of the loose-knit rebel Free Syrian Army. Excluding that group would be a nonstarter for the United States and its allies.

But Mr. Mekdad and prominent government supporters in Damascus said the coalition was increasingly irrelevant, not only lacking control over its own forces, but over foreign jihadist groups increasingly prominent on the battlefield — a view widely shared by Syrians who oppose the government.

That is to say, everyone agrees — there is no question — that the U.S.-backed rebel forces are becoming increasingly radicalized and dominated by Islamic extremists. And yet U.S. policy continues.

On that, see my analysis for FPJ, “U.S. Policy Is To Prolong the Violence in Syria“.