Americans Mustn’t Be Naive About U.S. Policy Towards Iran

What Americans mustn't be naive about is their own government and the false pretexts it uses to manufacture consent for its policies. 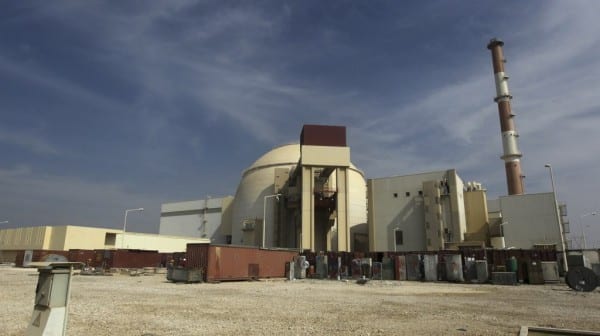 Vali Nasr, dean of the Johns Hopkins School of Advanced International Studies, argues in a New York Times op-ed titled “America Mustn’t Be Naive About Iran” that, even though “Iran’s economy is indeed in dire straights” due to U.S. sanctions that collectively punish the civilian population in violation of international law, Iran is not yet willing “to surrender” and “does not see itself as vanquished.”

He argues that, even though Obama threatened to illegally bomb Iran if it does not meet U.S. demands to surrender its right under the nuclear non-proliferation treaty (NPT) to enrich uranium for peaceful civilian purposes, the threat wasn’t “credible” because Obama backed down from his plan to illegally bomb Syria: “America will be going to the negotiating table without the credible threat of war.”

He deems it regretful that “Negotiations between the two, for the first time, cannot be based on threatening Iran into submission, but on persuading it to compromise.” That is to say, it’s too bad that threatening to use force in international relations, apart from being a direct violation of the U.N. Charter, is not as effective as it would otherwise be if Obama had actually wagged what under international law would amount to aggression, “the supreme international crime”, against Syria. So now the U.S. is limited to actually having to — gasp! — engage in diplomacy. Damn Obama!

Nasr concludes: “Expect no grand bargain with Iran in the short run, but rather, the lifting of specific sanctions in exchange for concrete steps to slow down Iran’s nuclear program and open it to international scrutiny.” Of course, Iran’s program is already open to international scrutiny. The IAEA is already actively monitoring Iran’s nuclear program, and has continued to verify in every one of its reports that Iran has not diverted any nuclear material (i.e., uranium) to any military aspect of the program (i.e., to build weapons).

What Americans mustn’t be naive about is their own government and the false pretexts it uses to manufacture consent for its policies, in cooperation with useful priests for the state religion like Nasr whose dissent is limited to criticizing Obama for something like not bombing another country while still endorsing the broader policy of punishing Iran for disobeying Washington and propagating the assumption that Iran has a nuclear weapons program as fact, even though the U.S.’s own intelligence community has repeatedly assessed that no such program exists.

For the truth about U.S. policy, see my interview for Fars News with Iranian journalist Kourosh Ziabari.