Paul Krugman declares that the Obama stimulus plan was good for the economy. But what is his evidence?

Paul Krugman in a recent New York Times column declares, “It’s true that in practice Mr. Obama pushed through a stimulus that, while too small and short-lived, helped diminish the depth and duration of the slump.”

He even provides that link to show that a bunch of really smart people agree.

But what is their evidence that government bureaucrats using force to expropriate wealth from certain groups of people to redistribute it to certain other groups know better than the free market with its pricing system how to efficiently direct scarce resources towards productive ends?

Here is what the Obama administration promised with its economic “recovery” plan, from a report by Christina Romer and Jared Bernstein, “The Job Impact of the American Recovery and Reinvestment Plan”: 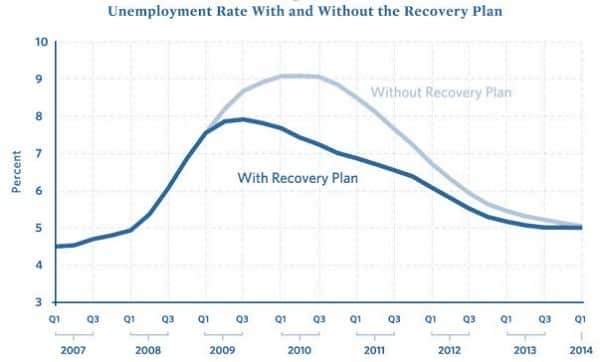 So we were told that the plan would keep unemployment down to about 7%, but that without the “stimulus”, the unemployment rate would peak way up at 8.8%.

So what actually happened? This: 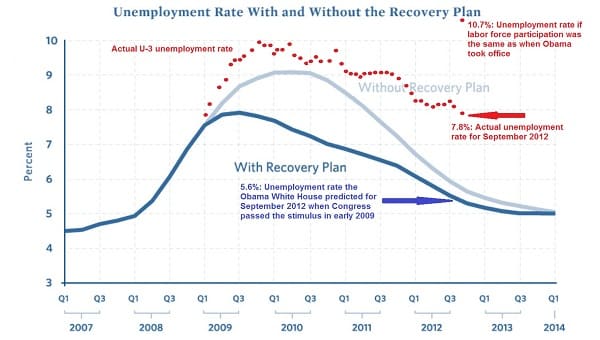