What’s most enlightening about the attacks on Dr. Paul and his views and positions is the fact that when you really get down to it, his sin is that he’s too unwilling to tow the official line on issues across the board, too willing to challenge the lies and war propaganda, and too honest with the American public about real issues.

A recent attack ad against Ron Paul from the Jon Huntsman campaign portrays Dr. Paul as a kooky conspiracy theorist with a “Twilight Zone” parody. What’s funny about it is that instead of making Ron Paul look bad, it just makes Jon Huntsman appear either totally ignorant or totally dishonest. 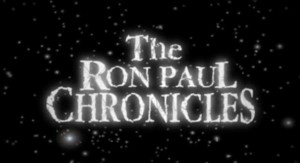 It shows Dr. Paul talking about how individuals from Skull & Bones (the Yale secret society), the Trilateral Commission, and the Council on Foreign Relations (CFR) have a great amount of influence in government. You’re supposed think this is some kind of “conspiracy theory”, but what is controversial about it? Here is a list of membership in the Trilateral Commission; David Rockefeller, Paul Volcker, Madeleine Albright, R. Nicholas Burns, John Deutch, Jane Harman, Henry Kissinger, John Negroponte, Condoleezza Rice, Lawrence Summers, Philip Zelikow, Timothy Geithner, Susan Rice, Dennis Ross, Robert Zoellick, etc. Here is a list of membership in the CFR; John Abizaid, Elliott Abrams, Peter Ackerman, Madeleine Albright, James Baker III, John Bolton, L. Paul Bremer III, Zbigniew Brzezinski, R. Nicholas Burns, Frank Carlucci, Dick Cheney, Wesley Clark, Ryan Crocker, Tom Daschle, etc., etc. (just to pick out a few of the names from A-D). Gosh, none of those people have had any influence in government, right? Notice the overlap, individuals who are members of both groups, and also notice as your browse through the names of influential voices in the mainstream media who are members. This attempt to prey upon people’s ignorance by implicitly denying this fact only makes Huntsman look stupid to any reasonably-well informed individual.

It next shows a clip of Dr. Paul saying that President George H. W. Bush—incidentally, a member of the aforementioned Skull & Bones, as is his son, George W. Bush, as was his son’s main contender in the 2004 election, John Kerry—announced that they were working for a “new world order”. But this statement of Dr. Paul, too, is a fact. Bush announced on September 11, 1990 that the U.S. would not tolerate Saddam Hussein’s aggression against Iraq, declaring that this crisis presented “a rare opportunity”, because “out of these troubled times, our fifth objective, a new world order, can emerge.” He repeated his goal of establishing a “new world order”—a new order of U.S. global military hegemony, that is—thereafter.

The ad next shows Dr. Paul saying that the Civil War was a senseless slaughter and suggesting that the government could have ended slavery—which was not Lincoln’s objective in the war (although he was opposed to the institution of slavery, he declared in his inaugural address, “I have no purpose, directly or indirectly, to interfere with the institution of slavery in the States where it exists. I believe I have no lawful right to do so, and I have no inclination to do so”)—could have been achieved without 600,000 Americans being killed. This is certainly an unconventional view, but what’s wrong with that? We need more unconventional thinkers who have the courage to voice their views. It’s as though if you question whether a war was necessary or inevitable, you are some kind of heretic. You are supposed to react: “Of course the Civil War was necessary! Of course 600,000 Americans needed to die!  Blasphemer!” God forbid you rejecting conventional “wisdom”, thinking for yourself, and entertaining silly ideas like that nations should seek to do everything possible to avoid senseless massacres.

Next is a very brief clip of Ron Paul saying, “If you look at the history, you’ll find out that Hamas was encouraged and really started by Israel.” You are supposed to think: Oh my, what a nutty conspiracy theorist. Except that, of course, Dr. Paul is correct. This, too, is not even controversial. When the Hamas charter was first published in 1988, the New York Times observed that “Israeli authorities have taken no direct action against Hamas” and relayed the belief among many Palestinians that “the fundamentalists are being tolerated by the Israeli security forces in hopes of splitting the uprising [the first Intifada]”, and as a force to counter the PLO, which posed a threat to Israel because it had dangerously joined the international consensus on a two-state solution. In fact, Israel had reportedly funded the Hamas parent organization, Mujama al-Islamiya, which had been legally registered in Israel by Hamas founder Sheikh Ahmed Yassin nearly a decade before the Hamas charter was announced. A Wall Street Journal article pointing this out was entitled “How Israel Helped to Spawn Hamas” (it’s not currently loading for me, so here’s Google’s cache of it, just in case).

The next clip in the ad is of Dr. Paul saying asking during a debate, “Have you ever read about the reasons they attacked us? They attack us because we’ve been over there. We’ve been bombing Iraq for 10 years”. Then it plays a question put to Dr. Paul, “Are you suggesting we invited the 9/11 attacks sir?” This is one of the most frequently repeated attacks against Ron Paul. When you boil it down, Dr. Paul’s sin is that he is too honest with Americans, and he speaks truths people don’t like to hear. Again, his statements about what motivated those responsible for the 9/11 attacks are completely uncontroversial. The 9/11 Commission Report, for instance, points out that Osama bin Laden “stresses grievances against the United States widely shared in the Muslim world. He inveighed against the presence of U.S. troops in Saudi Arabia, the home of Islam’s holiest sites. He spoke of the suffering of the Iraqi people as a result of sanctions imposed after the Gulf War, and he protested U.S. support of Israel.” Is the 9/11 Commission “suggesting we invited the 9/11 attacks”? This kind of mindlessness and willful ignorance among media commentators and politicians like Jon Huntsman is a huge part of what is wrong with this country, and Ron Paul’s refreshing honesty is a good remedy.

The next clip is of Dr. Paul saying in a debate about Iran, “The Israelis are there, the United States is there, all these countries, China has nuclear weapons, why wouldn’t it be natural that they might want a [nuclear] weapon. Internationally, they’d be given more respect.” It’s not entirely clear what the point of including this clip is. Presumably, you are supposed to think that Dr. Paul is in favor of Iran getting the bomb or something. But is what he said controversial? When former Israeli prime minister and current defense minister Ehud Barak was asked by Charlie Rose, “If you were Iran wouldn’t you want a nuclear weapon?” his reply was, “Probably, probably. I don’t delude myself that they are doing it just because of Israel. They have their history of 4,000 years. They look around and they see the Indians are nuclear. The Chinese are nuclear, Pakistan is nuclear … not to mention the Russians.” Jon Huntsman must think Ehud Barak is completely loony.

What’s most enlightening about the attacks on Dr. Paul and his views and positions is the fact that when you really get down to it, his sin is that he’s too unwilling to tow the official line on issues across the board, too willing to challenge the lies and war propaganda, and too honest with the American public about real issues. These, then, are the true reasons you are not supposed to vote for Ron Paul.