Israeli Ambassador to the U.S. Michael B. Oren

One may recall again the ethnic cleansing through which the “Jewish state” was established. So much for “Israel’s Resilient Democracy”. 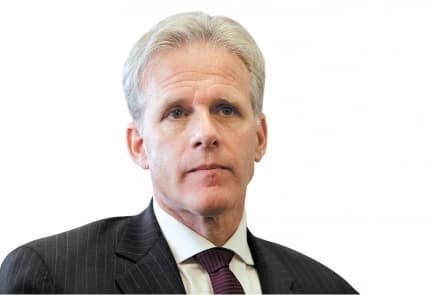 Israeli Ambassador to the U.S. Michael B. Oren

I subscribe to email updates from Foreign Policy, and when I saw the title “Israel’s Resilient Democracy”, I mentally groaned and thought, “This must be written by somebody like Michael B. Oren.” So I scrolled down to read the byline. Guess who? None other.

So Oren (Israel’s ambassador to the U.S., for those who don’t know), says that Israel, like the U.S., has its “flaws”, but “to say Israel is undemocratic is just dead wrong.” He begins, of course, by repeating his usual mantra that “Since its inception, Israel has been threatened ceaselessly with destruction”, which is both false and irrelevant. But then he insists that Arabs and Jews in Israel have “equal rights”, which is also patently false.

In fact, Oren links to three different editorials in the U.S. media criticizing Israel for its discriminatory policies, but he attempts to downplay them by means of dishonesty. For example, he says the New York Times criticized Israel in July 2011 for passing legislation “sanctioning civil suits against those who boycott Israelis living in the West Bank”, whatever “boycott Israelis” is even supposed to mean (one may boycott goods produced by Israelis living illegally in the Palestinian territory, but calling this a boycott of Israelis is obviously nonsensical; if anything, Israelis in the West Bank are an import, not an export). Actually, what the Times condemned was the fact that the law made it a crime to call for a boycott against Israel (that is, goods produced in both Israel and its illegal settlements).

But, Oren writes, “The most scathing criticism of Israeli democracy derives from the situation in the West Bank, captured by Israel in a defensive war with Jordan in 1967.” Of course, the ’67 war was not a war with only Jordan, but with Egypt (then the United Arab Republic), Jordan, and Syria, who formed a loose alliance, and, of course, the war didn’t begin with a Jordanian attack on Israel, but with an Israeli attack on Egypt, in response to which the other two Arab countries also took up arms against the aggressor.

Oren then proposes that Israel will “retain its character as both a Jewish and a democratic state” and goes into a laborious discussion of the origins of Israeli democracy, which he boils down to, “democratic Israel appeared to sprout from nothing.” Well, no, “democratic” (sic) Israel didn’t come from “nothing”. It came from the Zionist leadership under David Ben-Gurion unilaterally proclaiming that Palestine, where there was a significant majority of Arabs and where Jews owned only 7% of the land, was now the “Jewish state” of Israel, a proclamation accompanied with a campaign of ethnic cleansing in which more than 700,000 Arab Palestinians were expelled or fled from their homes. That is how Israel became “both a Jewish and a democratic [sic] state”. So, no, it didn’t just “sprout from nothing” like some miraculous rose blooming in the barren desert.

Oren touts that the Zionists’ unilateral declaration of the existence of the state of Israel “ensured all of its citizens ‘complete equality of social and political rights … irrespective of religion, race, or sex’” and “guaranteed ‘freedom of religion, conscience, language, education, and culture’”. His implied argument seems to be: “See! Israel’s founding document says those things, so they must be true!” Naturally, he makes no attempt whatsoever to reconcile Israel’s discriminatory laws and policies with these penned words, proven meaningless when the same Zionist leadership who wrote them demonstrated what they meant by ethnically cleansing Palestine of its Arab inhabitants so it could guarantee freedom of religion, etc., etc.,  to a Jewish majority rather than an Arab one.

But “Israel is entirely unique” and “exceptional”, Oren worships. If it is not perfect, it is because it “has never known a moment of peace, and must struggle to reconcile the often-clashing duties of preserving liberty and ensuring national survival.” Of course, “preserving liberty and ensuring national survival” is Oren’s euphemism for “occupying and stealing Palestinian land”, which is why there is no peace, least not for the Palestinians who suffer under the occupation, or from Israel’s frequent acts of aggression, such as its massacre in Gaza from December 27, 2008 to January 18, 2009, codenamed “Operation Cast Lead”.

Oren admits that Israel “grapples” with discrimination, but his excuse is that this, “unfortunately, is common to virtually all countries”—yes, even (gasp) the United States! His focus is, of course, on Arabs living within Israel. He makes no argument that Arabs living in the occupied territories do not face institutional discrimination. In fact, he admits to it later on (we’ll come to that).

He tries to offer some examples of how wonderful Israel is in being tolerant of the Arabs in its midst. So he says, for example, that Israel tolerates Ahmed Tibi as a member of the Knesset (Israel’s legislative branch), even though he “once advised PLO Chairman Yasir Arafat and recently praised Palestinian ‘martyrs’”, which, he adds, is “a well-known euphemism for suicide bombers”. That is technically true, but his implication is that even though Tibi praised suicide bombers, his presence is still tolerated in the government because Israel is so tolerant and fair with its Arab citizens. Of course, “martyrs” is also a well-known euphemism for innocent civilians murdered by Israeli soldiers. But Oren’s point wouldn’t sound as good if he pointed that out, so he doesn’t. It just wouldn’t be as effective propaganda if he didn’t demonize Tibi by putting words in his mouth.

His next example follows suit: “Another Arab Knesset member, Hanin Zoabi, was censured for her participation in the 2010 flotilla in support of the terrorist organization Hamas, but retained her seat and parliamentary immunity.” Of course, the May 2010 Freedom Flotilla was not in support of Hamas, but in support of the rights of the Palestinian civilians living in Gaza, whom Israel has been collectively punishing in violation of international law by placing the entire territory under siege. But that doesn’t sound as good as saying that the flotilla supported terrorists, either.

He goes on and on with this same kind of lying sophistry. Fast forward to where he acknowledges that Arabs living in the West Bank face institutional discrimination. He tries to dismiss this by saying that “the legal situation in the West Bank cannot simply be reduced to democracy or non-democracy.” There are areas under the administrative jurisdiction of the Palestinian Authority (P.A.) and some under Israel. He brags about how fair Israel is in dealing with the Arab pests, who, for example, complain about “the location of Israel’s security barrier” by “claiming it infringed on their land”, and whose complaints have been heard by the Israeli Supreme Court, which has “often found in the Palestinians’ favor and ordered the fence moved.” Of course, Israel doesn’t sound quite so wonderful when you point out the fact that all of the wall within the West Bank is illegal, its very existence in the occupied territories a violation of the Fourth Geneva Convention. So, naturally, Oren doesn’t mention that. He doesn’t mention that the International Court of Justice (ICJ) ruled in 2004 that the parts of the wall built occupied soil violate the rights of the Palestinians.

He goes on like that a bit more before lying, “Prime Minister Netanyahu has made the two-state solution the cornerstone of a peaceful prototype state.” That, of course, is false. Oren could possibly have made the case that Netanyahu favors “a two-state solution”, if he were to define a “state” as a territory excluding most of the illegal settlements on the best Palestinian land; a territory also excluding East Jerusalem, which Israel has illegally annexed (the U.N. Security Council has repeatedly condemned Israel’s legal actions in this regard and declared them “illegal, null and void”); a territory whose borders are controlled by Israel; which is not permitted to enter into treaties with other states; which is not permitted sovereignty over its own airspace; which may not have a military to defend itself; which is divided up into non-contiguous areas by Jewish-only highways connecting illegally built settlements; etc. If he defined a “state” thusly, Oren might have had a case. But he didn’t do so, and he didn’t say “a two-state solution”; he said “the two-state solution”. The two-state solution, in favor of which there is an international consensus, is that Israel must withdraw completely from the occupied territories in accordance with U.N. Security Council Resolution 242, passed in the aftermath of Israel’s occupation of the territories during the ’67 war, and a Palestinian state established along the pre-June ’67 lines (the ’49 Armistice Lines, a.k.a., “Green Line”), with minor and mutually agreed adjustments to the final border. Netanyahu, needless to say, absolutely rejects the two-state solution, so Oren’s statement is just an outright lie, without even any attempt to be clever about it.

He rambles on a bit longer after that, but you get the idea. Israel is “a work in progress”, it “has its flaws”, but it is nevertheless a vibrant “democracy”, a place where the democratic ideal shines through the darkness, a beacon of light. “[W]hich country”, Oren asks, “could rival the commitment to the rule of law displayed by the Jewish state”? A commitment evidenced by its ongoing occupation of Palestinian territory, illegal colonization, illegal construction of the annexation wall, it’s collective punishment of Palestinians in Gaza, it’s ’08-’09 massacre in Gaza, it’s May ’10 murder of nine civilian peace activists aboard a civilian vessel in in international waters, etc., etc., etc.

Of course, the whole reason Israel doesn’t annex the West Bank outright is because if it did, Arabs would be a majority, and so if Israel was democratic, it wouldn’t be a “Jewish state”; and, conversely, if it was to remain a “Jewish state”, it would just have to stop pretending to be “democratic”. One may recall again the ethnic cleansing through which the “Jewish state” was established. So much for “Israel’s Resilient Democracy”.