James Risen is probably one of the Times’ better reporters. But this is not reporting. It is propaganda, period, and there’s no excuse for it. 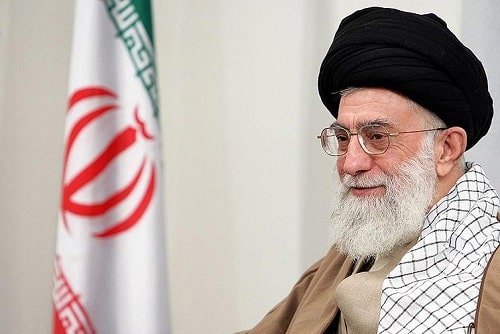 The New York Times keeps me busy with its propaganda on Iran. So the headline is “Seeking Nuclear Insight in Fog of the Ayatollah’s Utterances”. I guessed what the article would say from that headline; basically, if you listen carefully to Ayatollah Khamenei, you can hear hints that Iran is actually developing nuclear weapons.

With tensions over the nuclear program rising in February, he used that language to signal his opposition to nuclear weapons. “Iran is not seeking to have the atomic bomb, possession of which is pointless, dangerous and is a great sin from an intellectual and a religious point of view,” he said.

But then we come to it:

But those comments are not only at odds with some of Iran’s behavior but also with what Ayatollah Khamenei has said in the past. For evidence, analysts can point to remarks Ayatollah Khamenei made last year that it was a mistake for Col. Muammar el-Qaddafi of Libya to give up his nuclear weapons program.

Referring to Colonel Qaddafi, Ayatollah Khamenei said that “this gentleman wrapped up all his nuclear facilities, packed them on a ship and delivered them to the West and said, ‘Take them!’”

“Look where we are, and in what position they are now,” he added.

Risen continues with the argument that Khamenei is lying when he says Iran is not building nuclear weapons and has no intention to:

Complicating matters further, some analysts say that Ayatollah Khamenei’s denial of Iranian nuclear ambitions has to be seen as part of a Shiite historical concept called taqiyya, or religious dissembling. For centuries an oppressed minority within Islam, Shiites learned to conceal their sectarian identity to survive, and so there is a precedent for lying to protect the Shiite community.

Of course, lying about your own identity so you won’t be killed is not exactly a parallel situation to issuing a fatwa against building nuclear weapons in order to deceive the world so as to be able to secretly build nuclear weapons. Certainly, a person must be forgiven if they lied to preserve their life. But if Iran suddenly announced one day that it had successfully manufactured a nuclear weapon, Khamenei’s credibility as the nation’s leading Islamic authority would be completely shattered.

The kind of “intelligence” “analysis” Risen is citing in this article is of the same quality as that which preceded the war on Iraq, which is to say that it is worthless. Risen is a smart guy, but he just dutifully and unthinkingly parrots it.

Risen quotes Dennis Ross, of Camp David Israel-Palestinian negotiations infamy and formerly Obama’s Iran policy coordinator, saying of Khamenei that “in his recent statements he says that nuclear weapons are a sin, and he previously issued a fatwa. But he still presides over a nuclear program.” Notice Ross’s use of the conjunction “but”. He is suggesting there is an inconsistency or a contradiction between saying on one hand that nuclear weapons are a sin and on the other presiding over a nuclear program. But, of course, there is no inconsistency or contradiction at all if there is no military aspect to Iran’s nuclear program.

Risen points out that following the Islamic revolution that ousted the West’s puppet leader, Shah Mohammed Reza Pahlavi, Ayatollah Ruhollah Khomeini “ended the secret nuclear weapons program that the shah had begun.” But then he states as a matter of fact, “In 1984, Ayatollah Khomeini secretly decided to restart the nuclear weapons program.” What evidence is Risen basing this statement on? Certainly, Iran decided to resume its nuclear program. And the U.S. intelligence community claims Iran had a nuclear weapons program until 2003, but this is very far from a proven fact. In fact, the International Atomic Energy Agency (IAEA), which is actively monitoring Iran’s nuclear program, issued a statement in September 2009: “the IAEA reiterates that it has no concrete proof that there is or has been a nuclear weapon program in Iran” (emphasis added).

James Risen is probably one of the Times’ better reporters. But this is not reporting. It is propaganda, period, and there’s no excuse for it. Not only politicians but also so-called “reporters” have blood on their hands already from the Iraq war. Some lessons are never learned.