The Times complains about "trading that distorts the markets", but is silent about Fed monetary policies that distort the market. 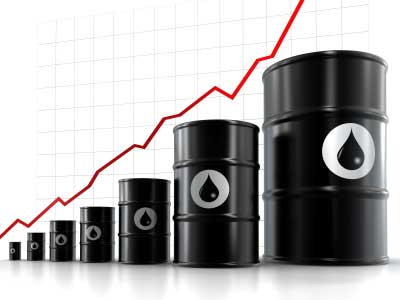 Mr. Obama made clear that not even the president of the United States can repeal the law of supply and demand. But what federal officials can do is ensure that market manipulation and speculation do not drive gas prices higher than is warranted by economic fundamentals.

You know, if the Times was truly so worried about attempts to repeal the law of supply and demand via market manipulation that fixes prices beyond what is warranted by economic fundamentals, one would think they would have something to say about how the Federal Reserve created the housing bubble (and all boom-bust cycles) with artificially low interest rates and inflationary monetary policy.

Instead, the Times cites things like this academic paperthat implausibly denies the Fed had any role in creating the housing bubble, that it was just a “speculative boom” (e.g., “the U.S. real estate bubble was not an isolated event that resulted from spontaneous mass delusion or excessive monetary ease [i.e., printing money]”), or this report from the James Baker III Institute that points out that the weakening of the dollar, the world’s reserve currency in which oil is traded on the global market, contributes to rising oil prices (e.g., “depreciation in the dollar will very likely coincide with a rise in the price of oil”, “the relationship between the price of oil and the value of the dollar seems to have tightened since the beginning of this decade”), but which nevertheless focuses on “speculators” rather than turning its attention to the Fed.

The Times also appeals to the authority of the Federal Reserve itself, citing a Fed “study” (Times‘ description) that deflects attention away from itself and onto “speculators”. The Fed lists four factors that affect oil prices: global supply, global demand, oil inventory demand, and, of course, speculation. Notably absent from its list is the value of the dollar. Gosh, why is that?

The Times complains about “trading that distorts the markets”, but is silent about Fed monetary policies that distort the market. This is not to say that speculation isn’t contributing to higher prices. But as Foreign Affairs points out, speculation can be beneficial to the economy.

Meanwhile, gas prices in the US are low priced in gold. As Louis Woodhill pointed out in Forbes a couple months ago in an article titled “Gasoline Prices Are Not Rising, the Dollar is Falling”:

Unfortunately, the talking heads that are trying to explain the reasons for high oil prices are missing one tiny detail. Oil prices aren’t high right now. In fact, they are unusually low. Gasoline prices would have to rise by another $0.65 to $0.75 per gallon from where they are now just to be “normal”. And, because gasoline prices are low right now, it is very likely that they are going to go up more—perhaps a lot more.

As the Wall Street Journal observed:

The oil price surge has several likely sources. One is the turmoil in the Middle East, especially new fears of a supply shock from a conflict with Iran. But it’s worth recalling that Mr. Obama also blamed the last oil-price surge, in spring 2011, on the Libyan uprising. Moammar Gadhafi is now gone and Libyan oil production is coming back on stream, yet oil prices dipped only briefly below $90 a barrel and have been rising since October. Something else must be going on….

Another suspect—one Mr. Obama doesn’t like to mention—is U.S. monetary policy. Oil is traded in dollars, and its price therefore rises when the value of the dollar falls, all else being equal. The Federal Reserve throughout Mr. Obama’s term has pursued the easiest monetary policy in modern times, expressly to revive the housing market. It has done so with the private support and urging of the White House and through Mr. Obama’s appointees who are now a majority on the Fed’s Board of Governors.

Oil staged its last price surge along with other commodity prices when the Fed revved up its second burst of “quantitative easing” in 2010-2011. Prices stabilized when QE2 ended. But in recent months the Fed has again signaled its commitment to near-zero interest rates first through 2013, and recently through 2014. Commodity prices, including oil, have since begun another surge, and hedge funds have begun to bet on commodity plays again….

Fed officials and Mr. Obama want to take credit for easy money if stock-market and housing prices rise, but then deny any responsibility if commodity prices rise too, causing food and energy prices to soar for consumers. They can’t have it both ways, as not-so-stupid Americans intuitively understand when they buy groceries or gas. This is the double-edged sword of an economic recovery “built to last” on easy money rather than on sound fiscal and regulatory policies.