It is not a matter for debate, not a matter of opinion, but an incontrovertible, uncontroversial fact that every inch of the West Bank is "occupied Palestinian territory" and every Israeli settlement illegal. 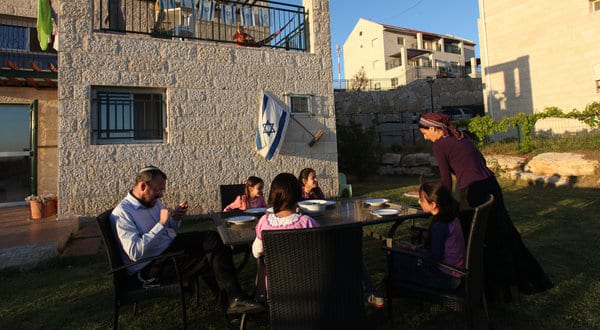 Well, I just wrote a similarly titled post about how the Washington Post reported on this very same issue. It’s a similar story with the New York Times. First, read that post.

The Israeli government on Tuesday retroactively legalized three Jewish settlement outposts in the West Bank, and moved to delay the scheduled evacuation of a fourth, in a provocative move that some critics said marked the first establishment of new settlements in two decades….

As with most matters in the Israeli-Palestinian conflict, there is disagreement over the basic facts concerning the three settlements…. The international community broadly views settlement in the West Bank as illegal, but Israel draws a distinction between those communities it has officially sanctioned and outposts that settlers built without permission.

So if you read my post on the Post’s  version, you can already see the problems here:

2) The international community does not “broadly” view Israel’s settlements as illegal. It is a unanimous international consensus that Israel’s settlements violate the Geneva Conventions, to which it is a party. Not a single nation on this planet recognizes Israel’s colonies as “legal”. As with the Post, the Times gives equal weight to Israel’s view as the international community, thus fabricating a “disagreement over the basic facts” when none exists. It is not a matter for debate, not a matter of opinion, but an incontrovertible, uncontroversial fact that every inch of the West Bank is “occupied Palestinian territory” and every Israeli settlement illegal.