The fact that the argument against labeling boils down to “But if you label GM foods as such, nobody will buy them!” pretty much speaks for itself. 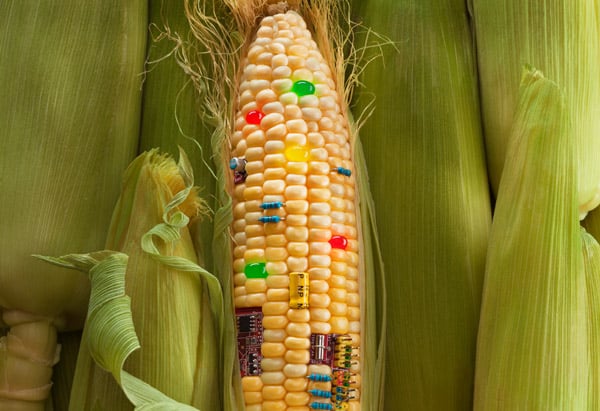 Well, it’s not an opinion piece (I mean, it’s not categorized that way by the editors), but that’s basically what the Times is saying in this article, which at every turn attempts to downplay the dangers of genetically modified foods and characterize calls for requiring that GM foods be labeled as such as paranoid and unnecessary, perhaps even harmful. There’s nothing wrong with GM foods, and they might even be good for you, the Times would have readers conclude, but labeling foods as such could be a bad thing.

For more than a decade, almost all processed foods in the United States — cereals, snack foods, salad dressings — have contained ingredients from plants whose DNA was manipulated in a laboratory. Regulators and many scientists say these pose no danger. But as Americans ask more pointed questions about what they are eating, popular suspicions about the health and environmental effects of biotechnology are fueling a movement to require that food from genetically modified crops be labeled, if not eliminated.

Notice how the Times gives weight to “many scientists” who say GM foods “pose no danger” but none to those who say they very well might, the existence of whom is tacitly acknowledged in the Times’s own wording.

Take this study, for example, that found toxins from GM foods designed to be resistant to pests by engineering them with built-in pesticides are found in the blood of women and “appear to cross the placenta to the fetus” and concludes that “Given the potential toxicity of these environmental pollutants and the fragility of the fetus, more studies are needed”.

And if you follow the Times’s “say these pose no danger” link, you can read how

a 90-day feeding study performed in rodents, according to the OECD Test Guideline, is generally considered sufficient in order to evaluate the health effects of GM feed.

So if no health problems are seen in rodents after being fed GM foods for 3 months, then they are “generally considered” to be safe. So there you have it, they are able to proclaim GM foods “safe” because no long-term studies have been done on its effects on humans.

Opponents of GM crops often describe them as “untested” and “unsafe.” This is simply untrue.

Their argument for the claim that GM foods are as safe as natural foods is that Monsanto’s products because of having “successfully passing U.S. regulatory review.” Well, now, doesn’t it make you feel better that the FDA has given Monsanto’s products a pass? Don’t you feel safer knowing that government bureaucrats are watching over us and protecting our food supply?

Monsanto states that human clinical trials are not necessary “[b]ecause existing food crops are recognized as safe”. According to Monsanto,

Monsanto’s argument is that (emphasis in original):

So long as the introduced protein is determined safe, food from GM crops determined to be substantially equivalent is not expected to pose any health risks.

Proteins that could cause cancer are not used in GM plants. Thus, there is no need to undertake lifetime animal cancer studies for GM foods that contain new DNA, RNA, and proteins with well-characterized functions.

So critics “claim” that GM foods may be unsafe and that we don’t know because they are largely untested, but this is “untrue”. We know GM foods are safe, and therefore testing them to determine their potential health impact is unnecessary.

There are hundreds of thousands of different proteins in the human diet, and only a tiny fraction of these are significant food allergens. Thus, the risk of a new protein being a food allergen is very low. By using a ‘weight of evidence’ approach which considers source, structure and digestibility, the risk of introducing an allergen into GM crops can be reduced to a negligible level. 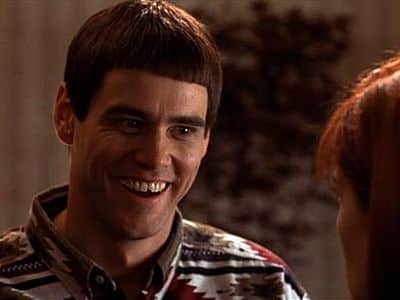 To paraphrase from Jim Carrey’s character in Dumb and Dumber, “So you’re saying there’s a risk!”

Basically, GM foods are dubbed “safe” by the government the same way depleted uranium munitions are by the DOD, and the FDA agrees with Monstanto, the Times notes:

The F.D.A. has said that labeling is generally not necessary because the genetic modification does not materially change the food.

The debate “pits consumer groups and the organic food industry … against more conventional farmers, agricultural biotechnology companies like Monsanto and many of the nation’s best-known food brands like Kellogg’s and Kraft.”

Notice that “conventional farmers” has come to mean farmers who do not grow their food naturally, but who use chemical fertilizers and pesticides or GM seeds. Growing food naturally, as God intended, is “unconventional” in this Orwellian world of ours. Think about that.

The Times emphasizes the arguments of the proponents of GM crops, such as “the merits of genetically engineered crops, which many scientists and farmers believe could be useful in meeting the world’s rapidly expanding food needs”.

Farmers, food and biotech companies and scientists say that labels might lead consumers to reject genetically modified food — and the technology that created it — without understanding its environmental and economic benefits. A national science advisory organization in 2010 termed those benefits “substantial,” noting that existing biotech crops have for years let farmers spray fewer or less harmful chemicals, though the emergence of resistant weeds and insects threatens to blunt that effect.

In a letter circulating on social networks, one Iowa farmer, Tim Burrack, criticized this month’s O, the Oprah Magazine, which cited research linking genetic engineering to health concerns that many scientists have discredited and proposed “5 Ways to Lessen Your Exposure to GMO’s.” Mr. Burrack urged Ms. Winfrey not to “demonize GM crops.”

Really? The research suggesting GM crops aren’t safe has been “discredited”? The Times, of course, makes this assertion without providing anything to back it up. We are just supposed to take their word for it that there isn’t any credible research showing that GM foods might be harmful, at least none cited by O magazine; and the Times doesn’t bother to provide any other research contrary to the pro-GM stance.

Biotechnology companies say that the California labeling initiative, while portrayed as promoting consumer choice, is really an effort by some consumer and environmental groups and organic food growers to drive genetically modified foods off the market.

“These folks are trying to use politics to do what they can’t accomplish at the supermarket, which is increase market share,” said Cathleen Enright, an executive vice president at the Biotechnology Industry Organization, which represents Monsanto and DuPont.

So advocates of labeling aren’t really concerned about human welfare, it’s just that our greedy “unconventional” farming groups and their friends want to get the government to eliminate their competition. Those horrible opponents of the free market.

Rather than label food with what consumers might regard as a skull and crossbones, the companies say food producers may ultimately switch to ingredients that are not genetically modified, as they did in Europe.

My God, can you imagine? If you labeled foods as containing GM products, people might choose not to buy them! So we must keep people ignorant about what they put in their mouths in the name of free market competition! Never mind that

When asked if they wanted genetically engineered foods to be labeled, about 9 in 10 Americans said that they did, according to a 2010 Thomson Reuters-NPR poll.

Now, one could argue that we shouldn’t even have an FDA, that it does more harm than good by giving the public a false sense of security about all the crap they approve as “food” in the Standard American Diet (SAD). But if we are going to have an FDA, as we currently do, shouldn’t the very least expectation from it be that it would require food manufacturers to disclose on their labels what it is, exactly, that people are eating?

The fact that the argument against labeling boils down to “But if you label GM foods as such, nobody will buy them!” pretty much speaks for itself.

But don’t wait for the government to save you. Another argument against labeling is that we shouldn’t need the government to tell us that eating “conventional”—that is, unnatural—food might not be the best thing for our health. Be aware. Do your own research. Grow your own garden. Buy from your local farmers’ markets. Buy organic produce. Don’t eat any processed foods. Etc.