How the U.S. Is Fomenting Civil War in Syria

With the U.S. acting to escalate the conflict in Syria in order to implement its policy of regime change, increasing atrocities by both sides can be expected. 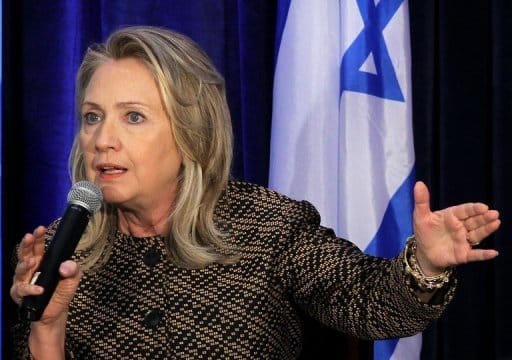 With evidence that powerful new weapons are flowing to both the Syrian government and opposition fighters, the bloody uprising in Syria has thrust the Obama administration into an increasingly difficult position as the conflict shows signs of mutating into a full-fledged civil war.

Secretary of State Hillary Rodham Clinton said on Tuesday that the United States believed that Russia was shipping attack helicopters to Syria that President Bashar al-Assad could use to escalate his government’s deadly crackdown on civilians and the militias battling his rule….

“We have confronted the Russians about stopping their continued arms shipments to Syria,” Mrs. Clinton said….

But who will confront the U.S. about its continued arms shipments to the Syrian rebels? The major theme of this article is that Russian supplies of arms to the Assad regime are escalating the conflict into a civil war, but there is no acknowledgment at all that this is precisely the goal the U.S. seems to be aiming for with its own policy.

The Times reports that

The fierce government assaults from the air are partly a response to improved tactics and weaponry among the opposition forces, which have recently received more powerful antitank missiles from Turkey, with the financial support of Saudi Arabia and Qatar, according to members of the Syrian National Council, the main opposition group in exile, and other activists.

The United States, these activists said, was consulted about these weapons transfers. Officials in Washington said the United States did not take part in arms shipments to the rebels, though they recognized that Syria’s neighbors would do so, and that it was important to ensure that weapons did not end up in the hands of Al Qaeda or other terrorist groups.

Of course, the U.S. continues to deny that it is arming the rebels, insisting that it is providing only “nonlethal” support. Notice the choice of verbs, “consulted”. The Times chooses this verb to downplay the already admitted fact that the U.S. is not merely being “consulted” on these arms shipments, but is coordinating the effort through its regional allies, such as Saudi Arabia, Qatar, and Turkey. NATO is also reportedly shipping surplus arms from the Libya campaign to Turkey for distribution to rebel forces.

As for Russia’s supposed shipment of helicopters to the Assad regime, further into the article, the Times discloses that

Pentagon sources suggested that Mrs. Clinton … was referring to a Russian-made attack helicopter that Syria already owns but has not yet deployed to crack down on opposition forces.

In other words, Pentagon sources suggested the Mrs. Clinton was lying, in addition to being an outrageous hypocrite.

Speaking in Istanbul, council members also described efforts to supply the opposition with arms, specifically antitank weaponry delivered by Turkish Army vehicles to the Syrian border, where it was then transferred to smugglers who took it into Syria.

So the U.S. helps to supply the rebels with arms, including antitank weaponry, which escalates the conflict and results in the regime beginning to use helicopters to suppress the insurgency, and yet it is not the U.S. but Russia that is blamed for this escalation of the conflict.

Turning to the Wall Street Journal, one may find a bit more honest reporting on the situation:

U.S. intelligence operatives and diplomats have stepped up their contacts with Syrian rebels in part to help organize their burgeoning military operations against President Bashar al-Assad’s forces, according to senior U.S. officials.

As part of the efforts, the Central Intelligence Agency and State Department—working with Saudi Arabia, Turkey, Qatar and other allies—are helping the opposition Free Syrian Army develop logistical routes for moving supplies into Syria and providing communications training.

Secretary Clinton is quoted warning that “the situation is spiraling toward a civil war”—indeed, thanks in no small part to U.S. intervention in Syrian affairs.

The U.S. in many ways is acting in Syria through proxies, primarily Saudi Arabia, Qatar and the United Arab Emirates, say U.S. and Arab officials….

Saudi Arabia and Qatar are providing the funds for arms, Arab officials and Syrian opposition leaders say. The Obama administration hasn’t agreed to arm the FSA, the U.S. officials stressed. Mrs. Clinton on Wednesday denied charges by Syria and others that the U.S. has armed the rebels.

Notice that when the Journal reports that the U.S. “hasn’t agreed to arm” the Free Syrian Army what it means is that it hasn’t agreed yet to arm the rebels directly, only by coordinating arms shipments via its proxies. This is also the meaning of Clinton’s disingenuous denial.

But the U.S. isn’t so concerned about arming terrorists that it isn’t willing to coordinate the effort to arm the rebels. And while the regime has been blamed by the U.S. government and media for the massacre in Houla last month, indications are that terrorists tied to the rebels actually committed the gruesome murders there. There was reportedly a similar massacre that took place in the village al-Qubair. Once again, the regime was blamed for the alleged massacre, even though the media relied exclusively on opposition sources and the U.N. monitors in the country were unable to confirm their claims of a regime-sponsored massacre.

The Journal article states in the second-to-last paragraph:

Further feeding fears is the potential for Syria’s large stockpile of chemical weapons to fall into the hands of Hezbollah or al Qaeda, as Mr. Assad’s forces are no longer are able to secure arms depots. Such a threat, combined with the spreading violence, is causing some U.S. and allied officials to conclude that an intervention into Syria is inevitable at some juncture.

So the U.S. is once again intentionally escalating a conflict in a manner that increases the threat of proliferation of weapons of mass destruction, risking an outcome where WMD might fall into the hands of terrorist organizations, and then citing this same possible consequence as a pretext to continue the very same policy of regime change that created the risk in the first place. The Journal, of course, seems to find no remarkable irony in this twisted logic.

Returning to the New York Times article, it adds that

the United Nations released a report saying that Syrians as young as 8 had been deployed by government soldiers and pro-government militia members as human shields.

That link doesn’t work (at least not for me), but I found the report elsewhere.  Notice again what the Times reports, that it is a fact that the regime and its loyalist militias have used children as human shields. While there is no question that the regime is committing atrocities and murdering civilians, here is what the U.N. report actually states with regard to the use of human shields:

There is no evidence of Government forces formally conscripting or enlisting children under the age of 18 years. However, the Syrian Armed Forces and its associated Shabbiha militia used children as young as 8 years on at least three separate occasions within the reporting period. In the incident mentioned above in the village of Ayn l’Arouz in March 2012, a witness stated that several dozen children, boys and girls ranging between the ages of 8 and 13 years, were forcibly taken from their homes. These children were subsequently reportedly used by soldiers and militia members as human shields, placing them in front of the windows of buses carrying military personnel into the raid on the village.

So the U.N. report offered a single example of a reported use by the Syrian army of young children as human shields from a single witness. And while the U.N. report itself states as fact that human shields have been used, it offers no indication that it has actually corroborated this or any other such reports, no other examples of which are given.

The U.N. obviously considers the sole witness cited as credible, but it is worth pointing out that the report also states:

The United Nations has received some credible allegations of the recruitment and use of children by armed opposition, including FSA and other armed groups, although FSA has a stated policy of not recruiting any child under 17 years of age.

The Times, of course, doesn’t mention that.

With the U.S. acting to escalate the conflict in Syria in order to implement its policy of regime change, increasing atrocities by both sides can be expected.