How Can ‘Austerity’ Be Blamed for the EU’s Woes If It Hasn’t Been Tried?

The New York Times in an editorial inadvertently lets slip one fallacy of blaming the supposed spending cuts of “austerity” measures for Europe’s economic woes, reporting that the IMF

says it underestimated the damage that government spending cuts and tax increases would do to the Greek economy.

See, “austerity” as it has come to be used includes government attempts to increase its own revenues by placing even more of a burden on the private sector via increased taxes. And what about those supposed spending cuts?

Martin Masse at Mises.org asks, “Is ‘Austerity’ Responsible for the Crisis in Europe?” and provides the answer. Here’s a chart he provides of government revenue and expenditures for the E.U. 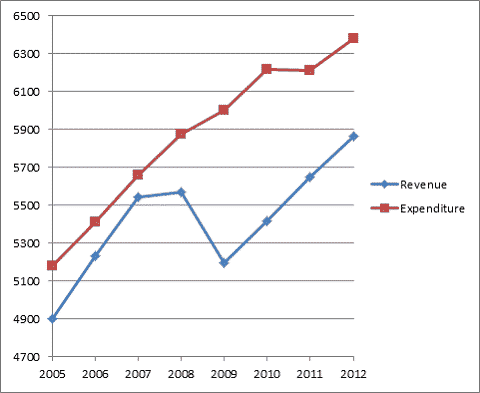 And here’s the expenditures broken down by country: 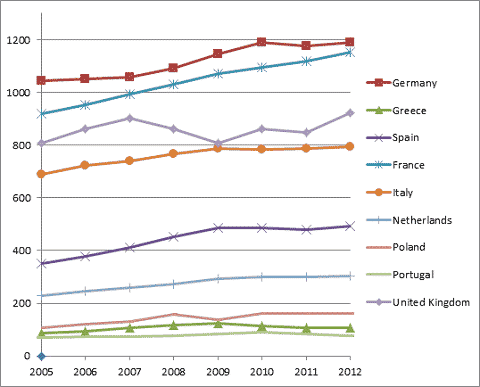 Where are all the massive spending cuts we’ve been hearing so much about? How can the E.U.’s woes be blamed on spending cuts when in fact government expenditures have continued to grow? Masse comments:

If we define austerity as the measures taken to reduce budget deficits, then in that sense austerity is indeed responsible for the crisis. If, however, we define it more properly as policies bringing about a reduction in the size of government, then these policies cannot be held responsible for the crisis in Europe because they were never applied….

Keynesians will, of course, regret that there haven’t been even larger spending increases, greater borrowing and expanded deficits in the past few years to stimulate the economy. But, from an Austrian perspective, bloated governments, and higher taxes certainly help explain why European economies are still in the doldrums, several years after the financial crisis.

What Europe needs is smaller governments, not just in terms of public spending but also as regards deregulation of the job market and other structural reforms to encourage entrepreneurship, private investment, and job creation. There will be sustained growth in Europe only when governments, and not citizens or businesses, finally bear the brunt of austerity.