Here are a few of Ms. Power’s qualifications that fit the mandatory requirements in order for her to be considered for the job of representing the U.S. before the international community 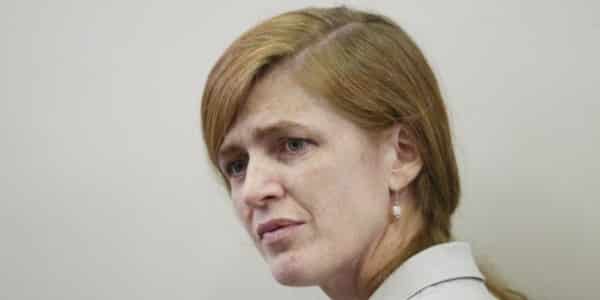 The Obama administration’s pick for U.S. ambassador to the U.N., Samantha Power, is surely well qualified for the job. Sure, she’s had a speckled record, and in the past, she would not have been the right pick because she has said some things that were critical of U.S. policies. But surely we can forgive her these sins, as she seems sincerely repentant of such past mistakes and has become now much more faithful to the state religion.

Here are a few of Ms. Power’s qualifications that fit the mandatory requirements in order for her to be considered for the job of representing the U.S. before the international community:

Well, that’s good enough for me! I think she would make an excellent choice to represent the United States of America to the world.