The Only Purpose of Government

The only purpose of government is to use force to achieve ends desired by one group in society at the expense of others. 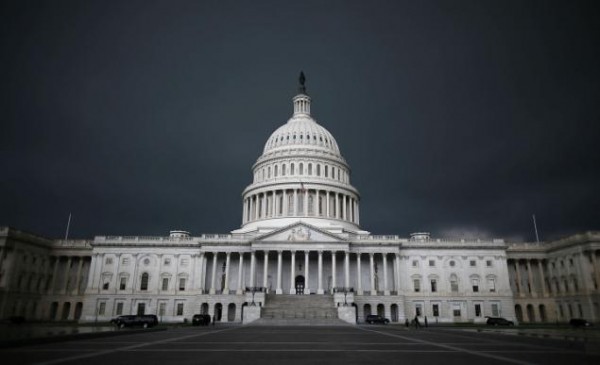 The only purpose of government is to use force to achieve ends desired by one group in society at the expense of others, which ends would not otherwise be obtainable precisely because people living in a truly free society would not voluntarily choose to act in the manner required in order for those ends to be achieved.

Even if we assume that those in government have benevolent intentions and truly desire to implement policies they think will be mutually beneficial to all interested parties, they can never direct resources more efficiently to productive ends than individuals engaging in voluntary exchange in a free society, simply by virtue of decisions of government bureaucrats having to be made, at best, arbitrarily, absent the market’s pricing system, in which prices are determined by supply and demand and which instructs entrepreneurs and investors where to direct capital in order to meet demand for goods or services. Thus, there is no purpose in the state existing to achieve mutually beneficial ends through peaceful coexistence and trade, since not only is it unnecessary for obtaining such ends, but stands as a hindrance to them.

Conversely, no end deemed beneficial for some but harmful to others could be obtained without the use of force to coerce people into acting unwillingly against their own interests. And while it is true that individuals or groups could still employ force to obtain ends absent the existence of the state, so it remains true that this continues to occur despite the main justification for the state’s existence being to put an end to it by protecting us from ourselves. We are meant to believe that the existence of the state at least mitigates such resort to force, and yet to accept this as true requires extreme cognitive dissonance, given how abundantly evident it is that individuals and non-state actors are simply incapable of the scale of violence, theft, and fraud perpetrated by governments, a fact to which history stands as continuous testimony. Thus, neither is there any purpose in the state existing to to protect our rights and preserve the peace, since not only is it merely ineffectual in this task, but is itself the greatest conceivable threat to life, property, and liberty.

It is clear, therefore, that the state’s sole function is to achieve through coercion and violence ends deemed beneficial for some, but which could not be obtained through peaceful coexistence and voluntary exchange precisely because of the harm such ends cause to others. There is no other reason for government to exist.