The Benghazi Attack and CIA Arms to Syria

It was obvious from the beginning that there was some kind of cover-up going on with the attack in Benghazi, Libya on September 11 last year. 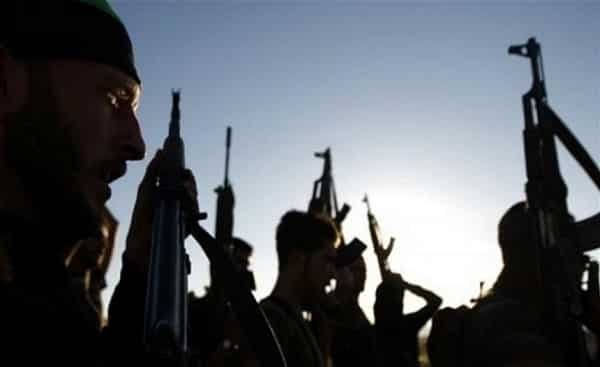 It was obvious from the beginning that there was some kind of cover-up going on with the attack in Benghazi, Libya on September 11 last year. The most probable explanation I encountered was that the CIA was in Libya, where the U.S. intervened to back armed rebels whose ranks included al-Qaeda affiliated groups to overthrow the Gaddafi regime, either trying to recover some weapons that it didn’t want falling into the hands of some al-Qaeda affiliated jihadist group in Libya or doing some operation to ship arms from Libya to Syria, where CIA-funneled arms ended up mostly in the hands of Islamic extremists.

Senator Rand Paul earlier this year expressed his suspicion that this was the case, and his reasons for thinking so:

Ammoland.com reported on the above Fox News interview, providing the relevant transcript:

While talking to FOX NEWS after Sec. of Defense Leon Panetta’s Feb. 7 testimony on Capital Hill, Sen. Rand Paul (R-KY) said perhaps one of the causes behind the Benghazi attack “may have been that there was a gun running operation going on in Benghazi, leaving Libya and going to Turkey and [distributing] arms to the [Syrian] rebels.”

Paul went on to say that this is more than just hearsay.

He says a ship “sailed from Libya to Turkey a week before…Ambassador [Stevens] was killed,” and the ship was “full of arms.”

Paul said the captain of the ship has been interviewed, and the captain talked about the “distribution of the arms to Syrian rebels.”

Said Paul: “This is a question the administration needs to answer–Are they involved with running guns through Turkey to Syria?“

At the beginning of this month, CNN reported:

Sources now tell CNN dozens of people working for the CIA were on the ground that night, and that the agency is going to great lengths to make sure whatever it was doing, remains a secret.

CNN has learned the CIA is involved in what one source calls an unprecedented attempt to keep the spy agency’s Benghazi secrets from ever leaking out.

Since January, some CIA operatives involved in the agency’s missions in Libya, have been subjected to frequent, even monthly polygraph examinations, according to a source with deep inside knowledge of the agency’s workings.

The goal of the questioning, according to sources, is to find out if anyone is talking to the media or Congress.

It is being described as pure intimidation, with the threat that any unauthorized CIA employee who leaks information could face the end of his or her career.

Another says, “You have no idea the amount of pressure being brought to bear on anyone with knowledge of this operation.”

Among the many secrets still yet to be told about the Benghazi mission, is just how many Americans were there the night of the attack.

A source now tells CNN that number was 35, with as many as seven wounded, some seriously.

While it is still not known how many of them were CIA, a source tells CNN that 21 Americans were working in the building known as the annex, believed to be run by the agency.

Speculation on Capitol Hill has included the possibility the U.S. agencies operating in Benghazi were secretly helping to move surface-to-air missiles out of Libya, through Turkey, and into the hands of Syrian rebels.

It is clear that two U.S. agencies were operating in Benghazi, one was the State Department, and the other was the CIA.

The State Department told CNN in an e-mail that it was only helping the new Libyan government destroy weapons deemed “damaged, aged or too unsafe retain,” and that it was not involved in any transfer of weapons to other countries.

But the State Department also clearly told CNN, they “can’t speak for any other agencies.”

The CIA would not comment on whether it was involved in the transfer of any weapons.

On August 12, Joe DiGenova, attorney for one of the Benghazi whistleblowers, told Washington D.C.’s WMAL that one of the reasons people have remained tight-lipped about Benghazi is because 400 U.S. missiles were “diverted to Libya” and ended up being stolen and falling into “the hands of some very ugly people.”

DiGenova represents Benghazi whistleblower Mark Thompson. He told WMAL that he “does not know whether [the missiles] were at the annex, but it is clear the annex was somehow involved in the distribution of those missiles.”

He claimed his information “comes from a former intelligence official who stayed in constant contact with people in the special ops and intelligence community.” He said the biggest concern right now is finding those missiles before they can be put to use. “They are worried, specifically according to these sources, about an attempt to shoot down an airliner,” he claimed.

It’s a good thing the U.S. is fighting a war on terrorism, to prevent these sorts of things from happening.