Paul Krugman’s Nonsense on Why Inflation Is Good For You

Inflation benefits the elite class, but you wouldn't know it from reading Paul Krugman, who tries to convince the peons it's good for them.

If you read this column of Paul Krugman’s from earlier this month, you can learn all about how wonderful it is for countries to default on their debts, for consumers to pay ever higher prices for goods and services, for people to go ever deeper into debt, and for workers’ wages to be reduced in real terms.

He doesn’t put it this way, of course. Instead, he talks about how countries should “let inflation erode their debt”. This means they should print a lot of money out of thin air so they can repay debt with devalued currency, i.e., defraud their creditors by paying back less than what they really owe without having to actually call it defaulting on the debt.

He asserts without further comment that “a falling price level is a bad thing”. No need to explain. It is just self-evident that consumers being able to pay less for goods and services is a bad thing. Never mind that paying less for goods and services would mean an increased standard of living. No, deflation is bad. That is all you need know. These aren’t the ‘droids you’re looking for….

Inflation, on the other hand, is good, he declares. It serves “several useful purposes”. First, again, “It’s good for debtors” because it allows them to repay their debts in devalued dollars. Moderate inflation is “therefore good for the economy as a whole when an overhang of debt is holding back growth and job creation.” Keep that in mind: part of the problem is too much debt…

Second, “It encourages people to spend rather than sit on cash — again, a good thing in a depressed economy.” So punishing savers with a low interest rate and encouraging people to spend even more despite there already being “an overhang of debt” is “good for the economy”. This is a familiar refrain from Krugman. Following the collapse of the dot-com bubble, he also advocated printing money to incentivize spending. As I wrote on page 30 of my book Ron Paul vs. Paul Krugman,

Later that month [August 2002], Krugman said that the “economic funk” was “not over”. He wrote that there was “no mystery about the cause of our funk”. The problem in his view was that “the bubble years left us with too much capacity, too much debt and a backlog of business scandal.” The question remained: why had such malinvestment occurred? What Krugman identified as the disease, Ron Paul had identified as the symptoms. Furthermore, if “too much debt” was admittedly part of the problem, how, then, could Krugman possibly rationalize advocating a Fed policy of encouraging even more spending and more debt as the solution? 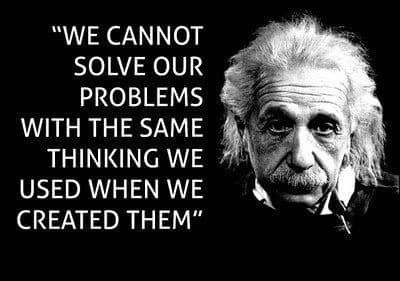 The inflationary monetary policy Krugman advocated, of course, caused the housing bubble and recession he now argues we need even more inflation to get out of.

Third, inflation “can serve as a kind of economic lubricant, making it easier to adjust wages and prices in the face of shifting demand.” What does that mean? Well, you see, there’s a lot of unemployment, but wages can’t go down because of minimum wage laws, so if you inflate you can reduce wages in real terms (i.e., inflation adjusted wages), which helps combat unemployment. Of course, Krugman can on one hand advocate inflating to reduce workers’ real wages to combat unemployment while on the other advocating increasing the minimum wage. 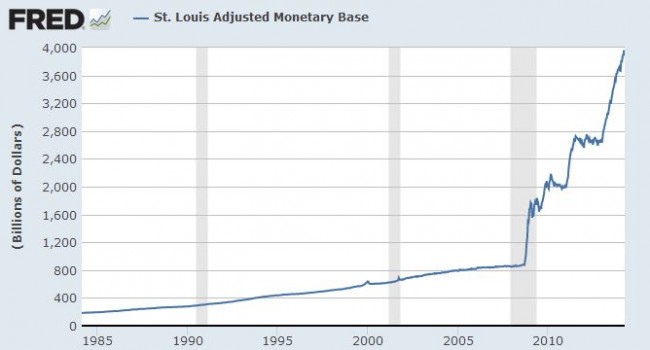 And what is one consequence of this? Well, as Krugman points out elsewhere, “95 percent of the gains from economic recovery since 2009 have gone to the famous 1 percent. In fact, more than 60 percent of the gains went to the top 0.1 percent, people with annual incomes of more than $1.9 million.” And why is that? Krugman pretends not to know, but if you click the link to his own source, you’ll learn that this is because a lot of that newly created money finds its way into the stock market.

So Krugman advocates a policy that serves to transfer wealth upwards to the “Oligarchs” even while arguing in favor of that policy in part by ridiculously claiming that the “0.1 percent” benefiting from it are opposed to it. As I’ve commented before,

Simply stated, the Paul Krugman is a shill for the very same Masters of the Universe whose system he pretends so hard to be against in order to deceive the masses effectively into acquiescing to their own slavery.