With water fluoridation, we see another example of how the medical establishment works to poison us while nature provides helpful remedies to what ails us. 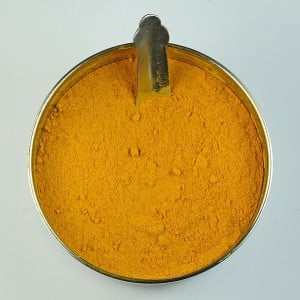 A local municipality here in northern Michigan recently decided to stop fluoridating its water supply and a local dentist responded with a letter to the editor of a local paper blasting the decision. The policy of water fluoridation, he asserted, had successfully reduced rates of tooth decay in the US. That being the entirety of his argument, he then blasted the community for being ignorant of the science.

Furthermore, water fluoridation violates some of the most fundamental principles of medical ethics. When your doctor prescribes a drug, he prescribes a particular dose that may vary depending on your age, your gender, your weight, etc. Water fluoridation is a public policy of medicating the entire population in violation of the principle of informed consent and without any ability to control the dose.

On fluoride’s toxicity and how it damages and kills brain cells, a recent paper in Pharmacognosy Magazine titled “Curcumin attenuates neurotoxicity induced by fluoride: An in vivo evidence” pointed out:

Fluoride (F) is probably the first inorganic ion which drew attention of the scientific world for its toxic effects and now the F toxicity through drinking water is well-recognized as a global problem. Health effect reports on F exposure also include various cancers, adverse reproductive activities, cardiovascular, and neurological diseases. Major cause of F induced neurological diseases is excitotoxicity causing degeneration of neuron cell bodies in selective brain areas.

The scientists studied the effects of fluoride on the brains of mice, administering the chemical the same way the government administers it to the public — through drinking water. They pointed out how flouride can cross the blood-brain barrier and may accumulate in neuron cells, and that “F causes severe neurodegenerative changes in brain particularly in the hippocampus and cerebral cortex.”

Yet our local DDS would prefer to continue uncontrollably dosing our children with this harmful toxic chemical. The arrogance and hypocrisy of this dentist lecturing others about being ignorant of the science!

The purpose of the study, though, wasn’t primarily to study the effects of fluoride on the brain — its neurotoxicity, as I said, is already well known. Instead, they wanted to determine how the “neuroprotective effects” of the Indian herb curmumin might help to mitigate the damaging effects of fluoride. As it turned out, “Supplementation with curcumin significantly reduce the toxic effect of F to near normal level by augmenting the antioxidant defense through its scavenging property and provide an evidence of having therapeutic role against oxidative stress mediated neurodegeneration.”

Curcumin is an active ingredient in turmeric; it’s the pigment that gives the curry spice its yellow-orange color. So we see yet another case of how the medical establishment works to poison us while nature provides helpful remedies.

Dr. Mercola has more on the health benefits of this spice here. NaturalNews.com reports on the recent study here. Here are a few videos about water fluoridation that might interest you: