Everything You Need to Know About the Vaccine Debate in 1 Minute and 34 Seconds?

The Washington Post and other mainstream media choose to insult their readers' intelligence rather than properly inform them about the risk from vaccines.

UPDATE (Aug. 14, 2017): Since I published this post, the Washington Post has reedited the video, cutting it down to one minute! Read on to learn how utterly dishonest and downright idiotic the Post is being to say you can learn everything you need to know about vaccines in one minute.

The Washington Post has this video presenting “Everything You Need to Know About the Vaccine Debate”. It’s 1 minute and 34 seconds long.

It opens by suggesting it is presenting “Arguments for and Against Vaccination”. But it actually presents only arguments for vaccination. It spends 38 seconds on the “Pro-Vaccine” arguments: Vaccines save lives; vaccines protect the “herd”; vaccines are safe and effective. The same old spiel.

Then it presents the “Anti-Vaccine” arguments in about 45 seconds:

So here is just a tiny little sample of facts the Washington Post thinks you don’t need to know about vaccines: 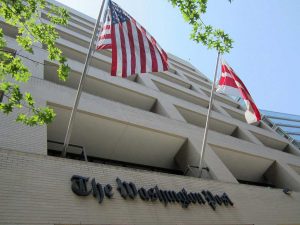 We could go on and on. This is just barely scratching the surface, but it’s enough to sufficiently illustrate how utterly idiotic and dangerously irresponsible it is for the Washington Post to say that you can learn “Everything You Need to Know” about vaccines in under two minutes.

The fact that the mainstream media thinks you don’t need to know any of the above information, or any of the wealth of additional information from the medical literature that doesn’t conform with government/industry propaganda, speaks volumes.

The government and media not only don’t educate the public about vaccines, but routinely lie to maintain public policy and ensure that parents remain obedient to the state, fall in line, and get their kids the damn shots.

For example, along the lines of the Post’s lie above, a CDC information sheet I picked up at a pediatrician’s office states that vaccines confer immunity “in the same way” as natural infection, but without causing symptoms of the disease — an outright lie, as already illustrated.

Another thing I picked up at the doc’s office is a pamphlet reassuring parents febrile seizures occur naturally in a certain percentage of the population and are no cause for great concern. Nowhere does it inform parents that vaccinating their child can increase the risk of febrile seizures. The pamphlet thus serves the propaganda purpose of conditioning any parent whose child suffers febrile seizures as a result of vaccination to believe that it is just a normal event completely dissociated from the shot they just got their child.

Now, how does it make you feel to have your intelligence insulted and to be routinely lied to by the government and media?

There is a discussion to be had about vaccines. The media ought to start having it instead of exerting such tremendous effort to avoid doing so.