Beware of Flu Shot Misinformation from Your Pediatrician’s Office!­

A CDC-approved flu shot information sheet we picked up from our pediatrician's office lies that it's the best way to prevent flu and confers herd immunity.

My wife and I took our son in to see his pediatrician the other day, and while there picked up an information sheet on the influenza vaccine from the Immunization Action Coalition (IAC) headlined “Keep your kids safe—get them vaccinated every fall or winter!”

It is not intended to properly inform parents. It is instead a propaganda document that seriously misinforms parents on two major counts.

The IAC is funded in part by a grant from the Centers for Disease Control and Prevention (CDC), and the document is CDC-approved, as it states that the content was reviewed by the agency.

The IAC is also funded by pharmaceutical corporations, included vaccine manufacturers GlaxoSmithKline, Merck, Sanofi Pasteur, and Sequirus (all listed as of the time of this writing on their funding page).

Naturally, there is no disclosure on the document of the organization’s financial conflicts of interest.

The first major point on which the document misinforms parents is beside the fearmongering subheading “Influenza vaccine may save your child’s life”, where it states that “A yearly vaccination against influenza is the best way to protect your child from this serious disease.”

There is absolutely no scientific evidence to support that statement. There are no studies demonstrating that getting an annual flu shot is more effective than taking common sense preventive measures and making healthy lifestyle choices, including keeping symptomatic household members away from younger children, covering one’s mouth when sneezing or coughing, washing hands, exercising regularly, eating a nutritious diet, maintaining sufficiency of vitamin D, and otherwise giving your body what it needs to support strong immune function.

Instructively, the IAC document, following the example of the CDC, does recommend certain common sense measures like keeping away from sick people, washing hands, and covering one’s mouth, but says nothing about supporting immune function naturally! It says nothing about maintaining sufficiency of vitamin D, for example, deficiency of which is a known risk factor for influenza infection. It’s no coincidence that “flu season” is during winter when people spend less time exposing their bare skin to sunshine and hence produce less vitamin D!

Furthermore, studies have shown that getting an annual flu shot can increase your risk of not only influenza, but other respiratory illnesses as well. The reason for this has to do with the superiority of natural immunity. When you are infected naturally with a strain of the influenza virus, the immunity you gain protects you not only against that strain, but other strains as well, and, as the results of one randomized placebo-controlled study suggest, even other viruses! This cross-protection is a benefit the vaccine does not confer. Hence the opportunity cost of vaccination can actually result in increased susceptibility to viral infection.

The second major point on which this document seriously misinforms is where it says, “Infants and young children are at risk for getting seriously ill from influenza. That’s why health experts recommend that all children 6 months and older and all adults get vaccinated against influenza each fall or winter.” Then further down the page, it adds, “Because children younger than 6 months can’t be vaccinated, they rely on those around them to get vaccinated.”

The logical implication is that the influenza vaccine confers “herd immunity” by preventing transmission of the virus.

It’s true that the CDC’s universal flu shot recommendation is premised upon that concept. But systematic reviews of the medical literature have found that this assumption by the CDC is unsupported by scientific evidence.

Furthermore, a study published last year found that vaccinated individuals shed more than six times as much aerosolized virus in their breath than individuals who didn’t get a flu shot.

Both of these pieces of misinformation in the IAC document we picked up from the pediatrician’s office fit the definition of “lying”, as in “to create a false or misleading impression” (Merriam-Webster).

Now, if you are skeptical of anything I’ve just told you about the flu shot, then good for you. You should be skeptical and do your own research. I can help you along in that regard as I’ve written three comprehensive articles (with more on the way) about this particular vaccine that are fully referenced with sources from the scientific literature so you don’t have to take my word for anything.

I highly encourage you to check my sources and see for yourself how the CDC is lying to you, and how this kind of propaganda that you pick up at your pediatrician’s office, instead of respecting your right to informed consent, seeks to deceive you into vaccinating yourself and your children.

Don’t get me wrong, I’m not advising you one way or the other with respect to that choice. We do not get the flu shot in my household, but you may very well come to the conclusion that doing so is the right choice for your family. I am not “pro” or “anti” vaccine. I am simply pro-liberty and pro-choice. I simply advocate making an informed choice, and that means understand what the science actually says, as opposed to what the government, industry-funded private organizations, and the mainstream corporate media say the science says.

As both a father and a journalist, I’ve done what most doctors don’t do and expended an extraordinary amount of labor doing my own research–(most pediatricians just get their information from the CDC or industry funded organizations like the IAC or American Academy of Pediatrics)–and shared the knowledge that I’ve gained with you in an easily consumable way so that you don’t have to do that work of spending hundreds of hours poring through the medical literature. Here you go:

Part 1: Should You Get the Flu Shot Every Year? Don’t Ask the New York Times.

Part 2: How the CDC Uses Fear and Deception to Sell More Flu Vaccines

Part 3: How You’re Being Lied to about the Risks of Getting a Flu Vaccine Annually

As I mentioned, there are more installments on the way.

Click here to learn more about my major influenza vaccine exposé and to support my independent journalism on this critically important subject. 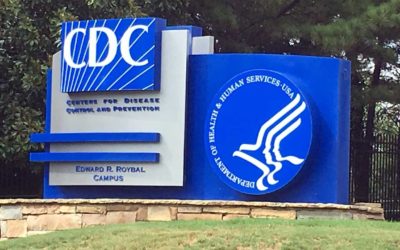 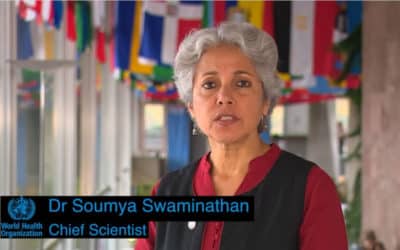