How plausible is it to blame the U.S.'s economic woes on "austerity"?

Paul Krugman writes on his blog that

we’ve also had exactly the wrong fiscal policy given that reality plus the zero lower bound on interest rates, with unprecedented austerity. So, how much of our depressed economy can be explained by the bad fiscal policy?

…The austerians have a lot to answer for.

This is a theme Krugman has harped on before. But how plausible is it to blame the U.S.’s economic woes on “austerity”? Well, that depends in part on how one defines “austerity”. As the word has been used to describe economic policies in Europe, it generally means increasing government spending along with higher taxes.

This is a rather puzzling use of the word. True austerity would be to cut spending and relieve the tax burden on the private sector.

But we live in Orwell’s world. Thus you have the editors and columnists for New York Times effectively calling for the same kinds of “austerity” measures that were undertaken in Greece (i.e., increased government spending in real terms and increased taxes) in order to get the U.S. out of recession.

Here’s what government spending looks like in the U.S. under this “unprecedented austerity” Krugman is talking about: 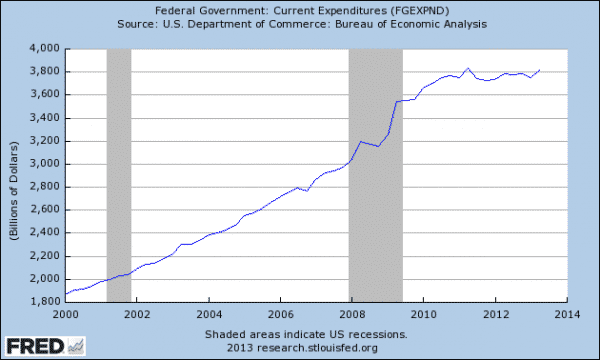 That’s not enough spending, according to Krugman. 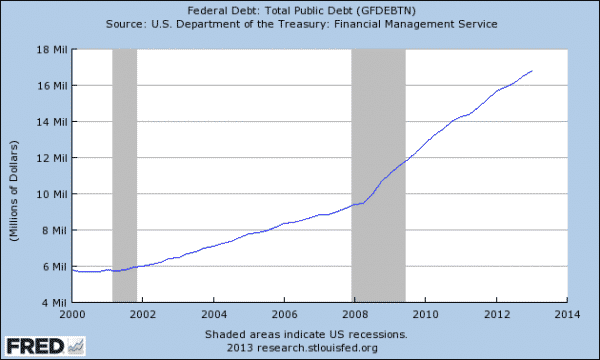 And that’s not enough government debt. 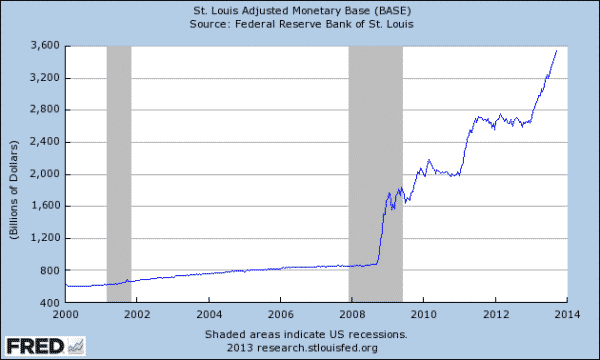 And that’s not enough money printing.

The moral of the story is that listening to the guy who advocated that the Fed’s policy should be to print money to lower interest rates to create a housing bubble to replace the dot-com bubble for advice about how we should get out of the mess this policy he advocated got us into in the first place isn’t the height of wisdom.

Paul Krugman has a lot to answer for.